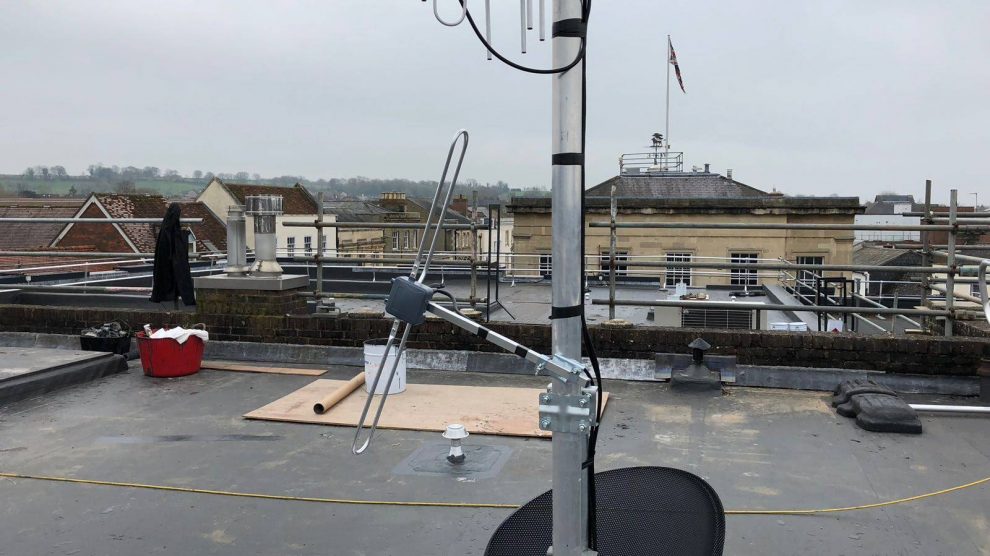 The government’s licensing authority today announced that at new digital radio service will be launched for West Hampshire.

Ofcom (Office of Communications) today announced that Muxcast One have been awarded the rights to deliver DAB (Digital Audio Broadcasting) services for the city of Salisbury and beyond.

The coverage area awarded will cover the north west Hampshire area and Andover Radio will feature on the new digital service. Three new digital transmitters are planned and one based within MOD land at Bulford Camp will cover the Amesbury, Larkhill and Shipton Bellinger area.

“The arrangement with the Ministry of Defence is unique,” says Andover Radio founder David Harber. “It means that local people will be the winners. I am excited to be working with a team of hugely respected and passionate radio people.

“I am particularly honoured to have the chance to work on the same platform as the team at BFBS, the British Forces radio service.”

“The demand on access to local information using radio since lockdown is evidenced through our 400% increase in online listening since the end of March last year”, adds the founder of the radio services in Hampshire and Wiltshire. “We are grateful to Ofcom for identifying this need and providing a solution to people in our local area”.

Management at Andover Radio have been working with the successful applicant Muxcast since September last year to ensure a new digital local radio service is provided for Salisbury. This follows the demise of Salisbury’s local radio station Spire FM last year which began broadcasting in 1992.

The voice that launched Andover Radio in April 2018 was that of Chris Carnegy, the founder of Spire FM.

Salisbury Radio has been built on the foundations of former local station Spire FM while using the more recent experience of 95.9FM Andover Radio and its team based at Love Andover HQ.

“Super excited”, said Station Manager Craig Hicks. “The future of radio is being available on multiple platforms and truly local radio has previously been precluded from being on regional digital multiplexes because of either cost or the huge geographical wastage it presents.

“The announcement today is great news for those people who own a DAB digital radio in the west of the Andover area, and it’s very much welcome news for the people of Salisbury who had their hugely respected local service removed last year.”

Salisbury Radio is a new service, owned and managed in the city of Salisbury, while Andover Radio will expand its current offering to people who live and work in north West Hampshire and along the Wiltshire border.

Ash Elford is the UK’s leading small-scale DAB (SSDAB) engineer, he will oversee the launch and management of digital services for Glasgow and the Salisbury licence in Wiltshire. Ash told us, “We are delighted to be awarded the local multiplex for the city of Glasgow – one of the biggest prizes in this first licensing licence round.

“As someone involved in both community radio and commercial radio, I recognise that the cost of carriage is the main barrier to entry. We are using ‘SSDAB’ to demonstrate that there is a more collaborative way of doing business.”

Station Manager Craig Hicks added, “This is the first of three specific steps we have taken to protect local radio and expand our services onto other DAB platforms.”