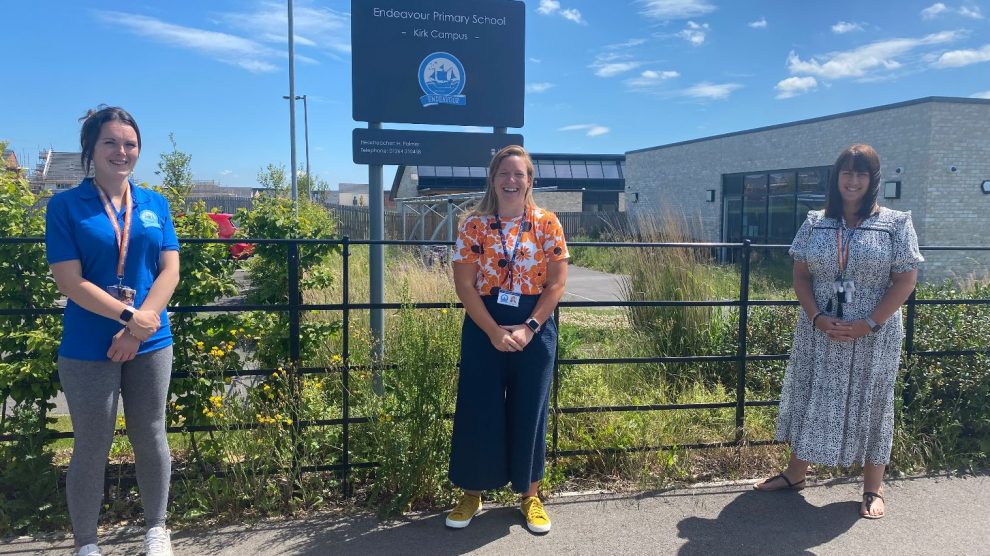 An Andover school has been named as a Thrive Ambassador School for the role it plays in supporting the wellbeing of its pupils in order to prevent mental health issues.

This year has been a really hard one for almost everyone, with lockdowns, home-schooling, no certainty and lots of change Endeavour Primary School, which is based across two campuses in Andover, has 683 pupils and has a strong focus on supporting pupils’ mental wellbeing with activities including forest school and nurture PE sessions with an emphasis on collaboration and communication.

The school has been recognised for its hard work and named as an Ambassador School with Excellence in the Environment after going through a rigorous assessment process by Thrive, which trains teachers and other education professionals to support the emotional and social development of all children. The Environment award recognises extraordinary schools which are making a positive impact on their pupils and on the wider community by having a focus on emotional wellbeing and creating an environment in which children’s wellbeing thrives.

“Over the last year, we’ve had children who have needed a lot of support because of Covid-19 and also because of a high number of in-year admissions. Thrive has helped staff to feel confident in supporting the children and making sure their emotional needs are identified and met. We were over the moon to be named as a Thrive Ambassador School and we’re already working towards our next Ambassador School award,” said Gemma Hill, Head of Kirk Campus.

One Year Six pupil said: “In Thrive I have learned about my brain and what part of it I use at different times. It helps me understand how I feel.”

One Year Five pupil said: “Thrive is fun and I like leaving class to do different things that help me to enjoy school and make friends.”

The Thrive Ambassador Schools scheme has been launched as a way of recognising excellence in member schools. There are five areas in which school can evidence how they use Thrive to support children’s social and emotional development: environment, leadership, right-time, reparative and relationship, with a special Ambassador School of Excellence Award for schools that achieve the highest standard across all five categories.

As well as submitting an in-depth application form, Thrive staff met with the school, in line with coronavirus restrictions, to assess the way that teachers and other staff implement the Thrive Approach to help build the emotional resilience of children, so that they can better manage the ups and downs of life and be more open to learning.

”Endeavour is a growing primary school that has put the mental wellbeing of its pupils at the heart of everything it does. Staff there have worked incredibly hard to embed the Thrive Approach and to create a whole-school culture of wellbeing that means pupils feel calm, emotionally-regulated and ready to learn and it’s great to hear that this has particularly helped the school during the pandemic,” said Diane Curtis, Thrive Relationship Manager for the South East.

Thrive was established more than 25 years ago as a way of helping adults to better understand, and respond sensitively to, children’s developmental needs.  Any developing or unmet needs may be communicated through behaviour, some of which may be confusing or troubling at times.

Thrive was first taken up by educational settings in the UK where it is designed as a whole school approach to meet the needs of all children and young people, building emotional resilience and preparing for life’s ups and downs.  It is also used to support children and young people who may have earlier interruptions in their emotional development, helping them to make up for any learning they may have missed along the way.