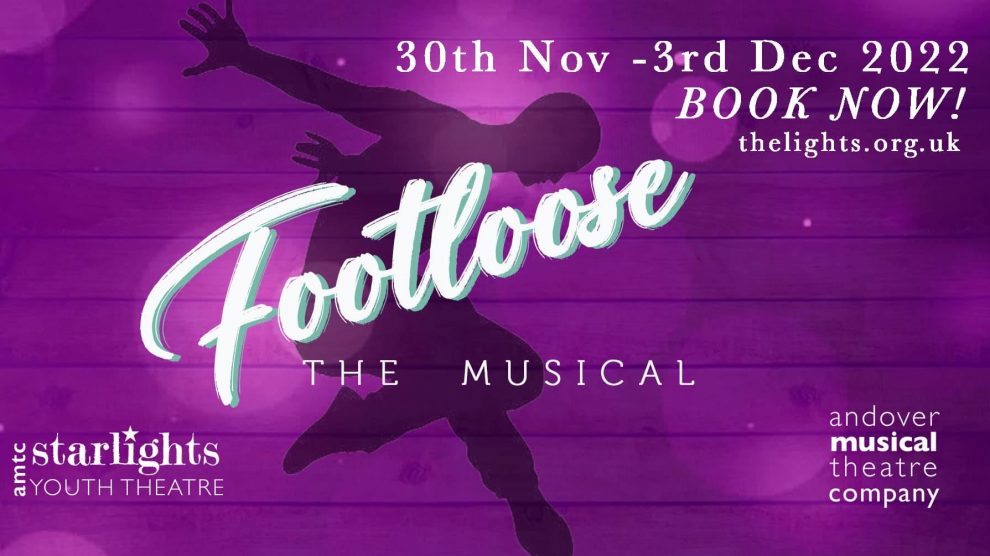 Andover Musical Theatre Company are back with a bang this November, with the smash-hit musical Footloose.

Andover Musical Theatre Company are joining forces with their younger members, Starlights to bring the 80s musical Footloose to The Lights Theatre, Andover. Hot on the heels of the success of The Wedding Singer, the team were straight back in the rehearsal room and dancing their socks off for the classic show.

With a wonderful cast and crew, Footloose is sure to be one of AMTC’s most energetic musicals to date. As a dance-focussed show, almost every classic song has a high-energy routine to accompany it.

Footloose was made famous by the 1984 film, starring Kevin Bacon and has toured both ths US and UK, ever since debuting on Broadway in 1998. The musical tells the story of Ariel (Bethany Griffiths) and Ren (Will Swinnerton) and their quest to make dancing legal again, after it is banned due to a fatal tragedy in the small town of Beaumont. Ariel’s father Reverend Shaw (Martin Lambert) is passionate about keeping his town safe in the aftermath of the tragedy, but at what cost?

Follow Ariel, Ren, Willard (John Clay), Rusty (Ellie Woodman) and their group of friends as they embark on a journey to bring joy back to the town Beaumont. Directed by Carol Robinson, choreographed by Teri Francis and ushering in the talents of Musical Director Colin Gray, this is sure to be a knockout show for the company.

With hit songs such as Footloose, Holding out For a Hero and Let’s Hear it For the Boy, this show is a guaranteed evening of fantastic entertainment.

Footloose runs at The Lights Andover from 30th November – 3rd December 2022. Tickets are available from The Lights Box Office on 01264 368368 or online at thelights.org.uk. Book now to avoid disappointment.