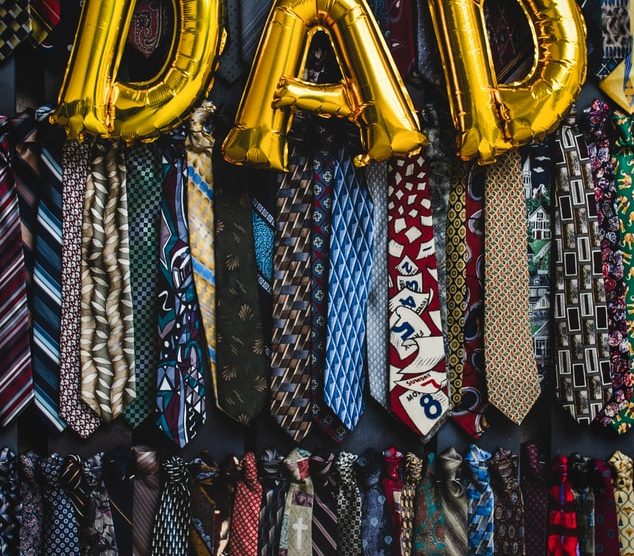 Father’s Day was first celebrated in 1910, originally a USA concept is now widely celebrated across the world. This Sunday 20th June 2021 the UK will celebrate by recognising the contribution that fathers, father figures, Grandads, Step-Dad’s make in the lives of their children.

In Thailand, Father’s Day is celebrated on the birthday of the hugely admired late King Bhumibol Adulyadej, on 5 December, who is considered the Father of the Nation. Initially, people wore yellow and presented their dads with a canna flower which is considered to be a sacred masculine flower.

In Mexico, Father’s Day or Día del Padre is also celebrated on the third Sunday in June.

Theses always a party in Mexico and Father’s Day is no exception, every year in Mexico City there’s a 13 mile race called Carrera Día del Padre or Father’s Day race. Children can also take part and run alongside their dads. What a fun family activity!

In Finland, Father’s Day involves breakfast in bed, cake and coffee, and falls on the second Sunday in November. It is now considered such an important day that the Finnish flag must be flown on official buildings. This was seen as an important recognition for dads’ roles as caregivers. Traditionally, fathers receive homemade rather than store-bought gifts.

In Germany instead of spending time with their children fathers or väter often go off in groups for hiking trips, sometimes pulling wagons full of drink and food.

In France, Fête des Pères was traditionally a Catholic celebration, but it was reinvented for commercial reasons in the 1900s.

Now all sorts of gifts are given on the day including roses.

In France it is traditional to give red roses to your father if he is alive, but if your father has died white roses are laid on their grave.

In Australia, Fathers day is in September to coincide with spring. It, like many other countries is a day of gratitude for father figures, gifts are given and love is expressed.

How can we celebrate in Andover?

Hungry Horse Folly – You could start the day at your local hungry horse. This fathers day they have daddy of all breakfasts on offer.

Jay Millers Circus – Are offering an amazing deal for dads this Fathers day. For any full paying child ticket, dads get a free seat. Sunday show times – 11am & 1:30pm contact them on this number 07976655180 or go to the box office situated next to Finkley Farm.

Hawk Conservancy– Why not take day for a day out watching the magnificent birds of Prey, here in Andover we are very lucky to have this on our door step

Odeon Cinema– Now that things are opening up a bit more, you could head down to the centre of town and grab some popcorn and a film at your local cinema.

The Queen Charlotte– visit your local pub for refreshments, with their brand new outside area you will be sure to have a relaxing experience. Dad could even push you on the swing in the garden park.

Canto Gelato – Head to Vigo park and stop by Canto Gelato for dads favourite ice cream or a nice coffee.

Charlton Lakes- Head to Charlton lakes for a game of football, or crazy golf if your up for the challenge

Portway Inn– Fill day up with a Big Daddy Burger, available this weekend only

Whatever you decide to do this Fathers day, share your photos with Love Andover we would love to hear from you!

Are you struggling for Fathers day gift ideas?

Pop into the the InAndover Shared shop to see Sweet Ideas, who are offering ‘Tool box tidies’ for your little ones to decorate and fill with sweeties for £10. Open this Friday and Saturday 10am-5pm.

Visit Andover Tap, who are offering some very funky ales, located InAndover shared shop based in the Chantry Centre.

Head to Tip top balloons, to grab yourself a card for only £1, or a box of chocolate and a foil balloon.

Print off your favourite photo of you and your dad at Photos2Print or make a collage of photos of your family to give him in a beautiful frame, Mark is offering free printing with any Fathers day frame, how amazing is that!

Purchase a gift voucher from C&M for all his household and DIY needs. A great place to find a hidden treasure.

Go and see Bev at Travelling Cupcake to order some delicious cakes, treat boxes and more.

Write him a poem or a song, a book of jokes to beat him at his own dad jokes

Cook together, what better way to make some mess and have some fun.

Wash his car for him, just be careful not to scratch it.

A father is… By Daniel Hooks

A father is a man who protects and nurtures his child.

Let’s them play wild but keeps discipline when needed.

He might have hair that’s slightly receded from stress, but will always try his best to do things in the home he won’t ever let his children or their mother face things alone.

He is always there like a background hero. A father never gives up or in, no matter how bad or thin his temper gets.

He might be cursing under his breath but he’s always there like a constant rock His socks might smell but if you mess with his family he’ll give you hell.

A father is the man you respect the most in your life, for overcoming his own obstacles and strife, to bring you up, to have your own life.

Love is his strength, strength throughout it all A father will never let you down, he will make you feel tall, and when your back is against the wall and support you before you fall or stagger

He will be there for you even when he’s old and haggard Grandad will be his new title but to you he will always be Father.