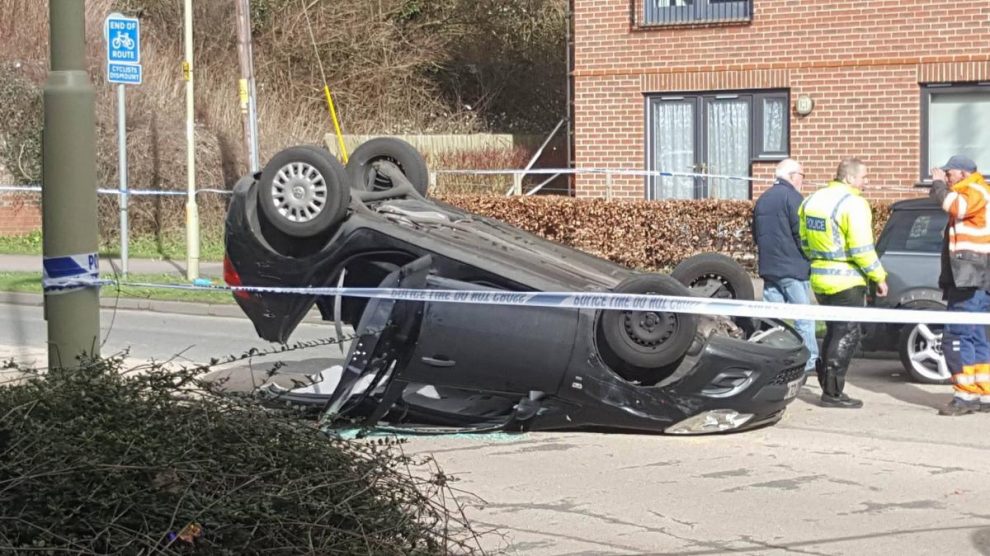 Fire crews have were called to Enham Arch to free a driver after their car overturned on Newbury Road.

The car flipped onto its roof following the incident, which took place around lunchtime today near Pets at Home.

Andover Fire Station say they attended a Road Traffic Collision where one casualty was “extricated using the clam method” and passed to South Central Ambulance Service.

Andover and Villages reports that a witness said, “It was mental as it was right behind me, I looked as I heard the bang and the car was tipping as I looked! Scary stuff not sure of they tried to overtake or what happened, it was so quick.”

The Andover Advertiser reports that drivers are being redirected through through the retail park.