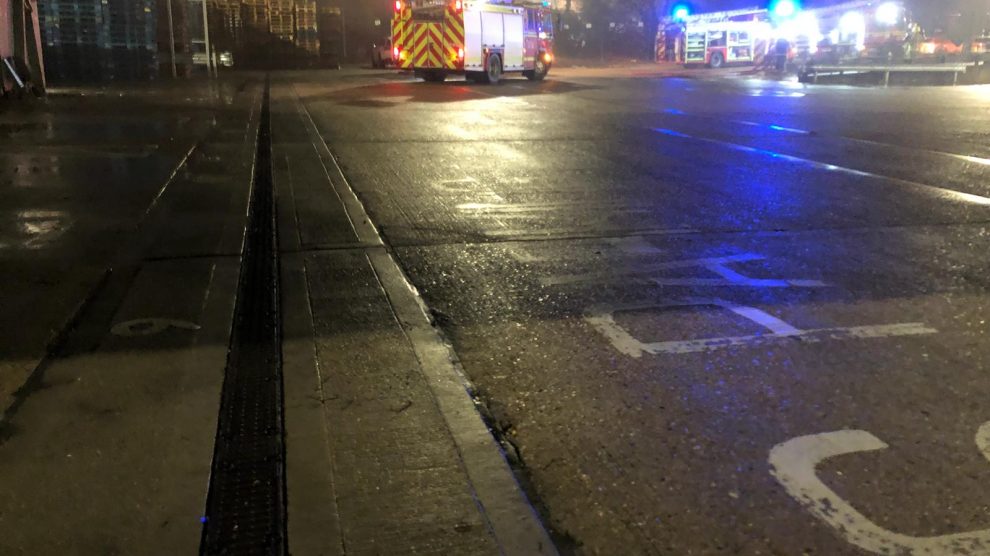 A fire at the Ocado Warehouse on Walworth Industrial Estate is being contained.

Fire crews from Andover were called in the early hours of this morning and were joined by other crews from Whitchurch and Sutton Scotney.

None of the 120 people who work at the site overnight are thought to have been hurt.

The official staement from Ocado says;

On Tuesday, 5 February 2019, a fire started in a section of the ambient grid of our Andover CFC. The Fire Brigade is on site. All relevant safety measures were carried out as planned and no one suffered injury.

The incident and the measures being taken to contain it appears to have affected a proportion of the mechanical handling equipment and some of the grid.

Although some orders had already left the warehouse before the incident and will be delivered as normal, Andover suspended operation this morning preventing further fulfilment of orders.

We will assess the damage this incident has caused to the Andover CFC and will update further as appropriate.

We have been informed today at 3.30pm by someone who wishes to remains unnamed, that the fire is still ongoing  and that no one can get inside the warehouse to access the damage, the local area is filled with smoke.

A video of the area has been posted on Spotted in Andover.