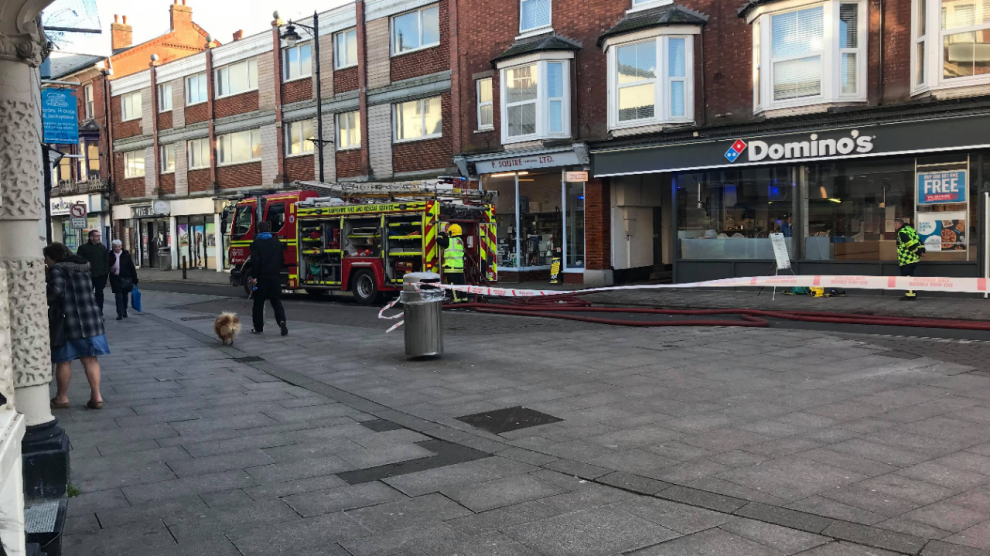 A blaze was brought under control on Bridge Street this afternoon.

Four fire engines and two ambulances were in attendance at Domino’s Pizza from around 1.40pm.

Hampshire Fire and Rescue Service confirmed that firefighters were called out and were equipped with breathing apparatus, one hose and one jet dealt to with the fire.

Passers-by commented to Love Andover that they thought the property may have had illegal squatters on the top floor of the two story building.

No injuries have been reported.

Sebastian Daniels provided a photo of the fire commented, “I live in Bridge House and was walking home. I told nearby Andover Mind it would be a good idea to leave their building as I didn’t want anyone to get hurt.

“It’s terrible this could happen so close to home”.

Chance to quiz Minister on disability challenges
Have you seen the new troll in Andover?