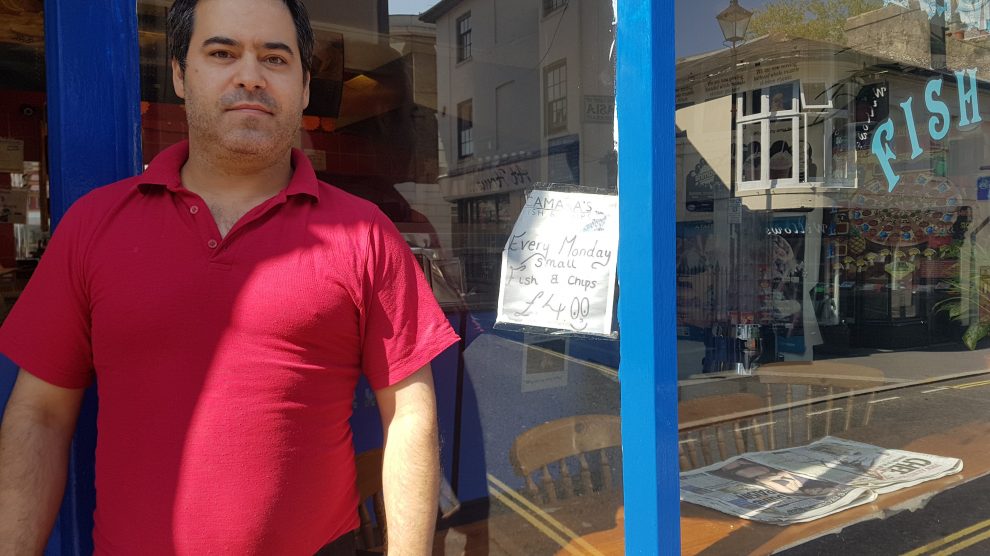 A popular Andover Fish and Chip Shop owner has praised Police after an attempted assault and robbery last night.

Armando Camara from Camaras on Andover’s upper High Street was faced with aggression from a beer bottle wielding man aged around 25 who smashed items in his shop. Police were called and arrived on the scene within minutes.

Mr Camara explained to Andover Radio, “A guy around 25 came over the counter and started looking into the tills, called me names and tried to punch me in the face.  He smashed all my pickled onions.

“A friend of mine called the Police and they arrived within 3 or 4 minutes. Normally it takes a long time, I am pleased that the Police came quickly.

“It’s good that we can all work together like this, it makes it better for the town and better for customers”.

Police have confirmed the man has been identified and he has attended a voluntary interview. Enquiries are ongoing.

Witnesses sought to assault at The Rockhouse
Another Andover pub closes