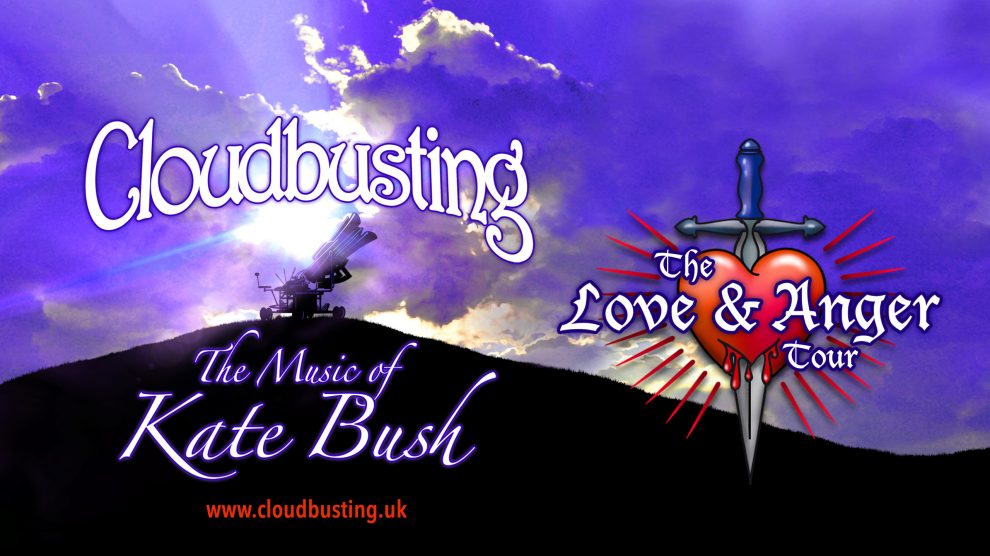 ‘If you missed seeing Kate herself, Cloudbusting are the next best thing!’ – Simon Mayo

With a history of success spanning across multiple generations, including a number one single (“Running Up That Hill”) in 2022, thirty-seven years after its original release. The music of Kate Bush is as relevant today as it was when the English singer began her career over 40 years ago.

Cloudbusting will be at The Lights on Thursday, 29 September at 7:30pm. The concert will include eye-popping visuals that will highlight the drama of Kate’s music. This show is for both avid and casual fans of the history-making singer songwriter.

Kate Bush was the first female artist to achieve a UK number one (self-written), with the song “Wuthering Heights”. This song will feature in the show, amongst many of her hits. “Babooshka”, “This Woman’s Work”, “Wow” and “Hounds of Love” plus many more. With deep cuts from Kate’s classic albums included, this is truly an experience not worth missing.

In The Lights auditorium, you will be transported to a time where Kate Bush played on stage, Cloudbusting will give you the purist version of Kate herself. To add to this, collaborators who worked with Kate on tour in 1979 play with Cloudbusting.

Bass player Del Palmer, drummer Preston Heyman and dancer Stewart Avon Arnold who performed on the Tour of Life live shows, have from time to time played with Cloudbusting, treating avid fans to exciting surprises in the past. Even if there weren’t any extra surprises for the people of Andover and surrounding areas, this show will be a very special night for Kate Bush fans.

See Cloudbusting: The Music of Kate Bush, on your doorstep by booking tickets online at www.thelights.org.uk. or by calling the Box Office: 01264 368368.