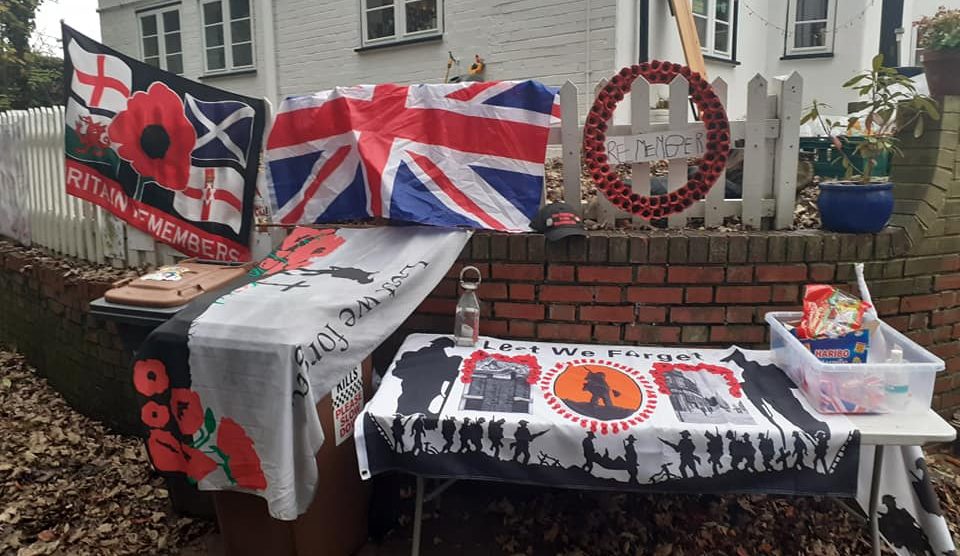 Residents from the villages of Thruxton, Kimpton and Fyfield took to the streets on Saturday to honour and remember our Armed forces.

The Annual Remembrance Run was slightly different this year in order to comply with COVID rules so there was no socialising, no running in groups of more than 2 and staggered times throughout the day from 6am-4pm. Thankfully the weather was kind this year and residents either walked or ran the 11.11km route – even Skipper the dog joined in!

This year they were raising money for the amazing charity https://www.scottyslittlesoldiers.co.uk/ . Scotty’s Little Soldiers is a national charity dedicated to supporting children and young people who have lost a parent who served in the British Armed Forces.

Inspired by the experience of Army widow Nikki Scott, following the death of her husband Cpl Lee Scott in Afghanistan in 2009, the charity provides assistance to hundreds of bereaved British Forces children around the UK.

There were some impressive times among the group not least WO2 Neil Coleman of the Royal Engineers who ran the whole way round pushing his son Max who has a broken leg! He was even carrying his Bergen as well which contained a speaker that was blasting out tunes to raise his spirits and those of passers-by. Other residents carried flags with them and it was great to get honked by cars passing by and cheers from people out for a walk. As a result of their efforts a staggering £650 was raised for the Charity which we hope will make a difference as Christmas approaches.

Event Organiser Richard Smart said “This is our 5th Remembrance Run and even with lockdown restrictions in place it was a fabulous event. Thanks so much to all the residents who took part and observed the rules and all those who generously donated. Honouring our Armed Forces is very close to our hearts in this community and I’d just like to say a huge thank you and well done to all involved”.