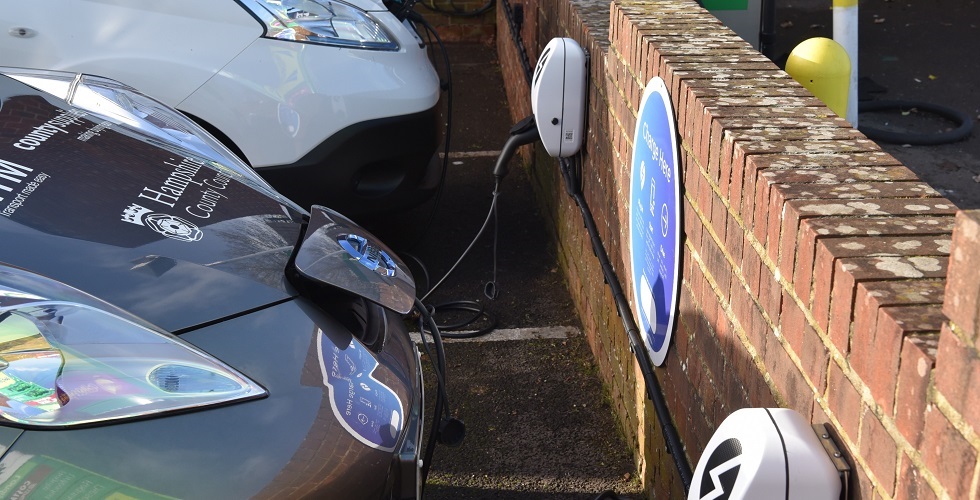 The County Council’s Executive Member for Economic Development, Councillor Mel Kendal, said “Our electric vehicle programme remains focussed on investing in facilities so that Hampshire residents can access environmentally friendly travel. This gives value for money both for motorists and the public purse.

“In March we launched plans to help local authorities access grant funding and private sector investment, to install charging points for general public use, as well as for public sector facilities such as national country parks, and vehicles. This has seen 25 public sector organisations come forward to discuss options with us, which is evidence of the demand out there to convert to this type of energy.”

Councillor Kendal continued “As the number of public and staff charging points grows, so does our testing of electric vehicles. Earlier this year, we began an electric vehicles pilot which will reduce energy costs by 97% compared to equivalent diesel vehicles. That pilot has now grown from two to seven, with the vehicles being used for a range of tasks including delivering schools supplies.

“We look forward to analysing how successful the pilot has been, so we can adopt the learning and become as environmentally, energy and economically efficient as possible.”

Concurrently, the County Council is reviewing where financial and energy savings can be made in its 156 small vehicle fleet by replacing those at the end of their lease with electric equivalents.

The County Council has already saved nearly £30 million in energy costs over the past seven years after cutting its carbon emissions by 38.1% since 2010. The local authority has since set a more ambitious target to cut carbon from 40% to 50% by 2025.