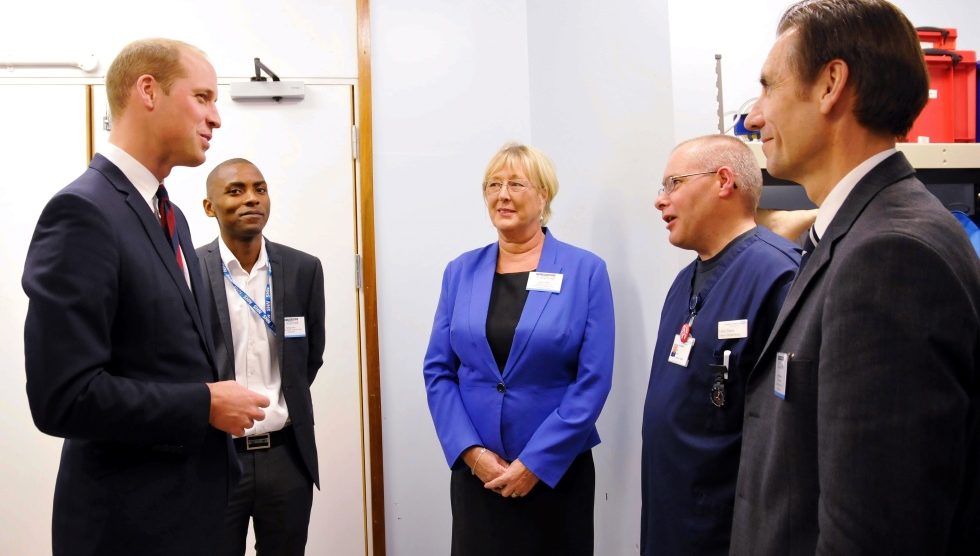 Hampshire Hospitals NHS Foundation Trust has been named as a winner of the Ministry of Defence’s Employer Recognition Scheme (ERS) Gold Award.

The ERS Gold Award is the highest badge of honour for organisations that have signed the Armed Forces Covenant. It recognises employers who actively support the Armed Forces community in their workplace and also encourage others to follow their lead.

Hampshire Hospitals was one of the first Trusts to join the Step into Health programme, which offers members of the Armed Forces coming to the end of their service the opportunity to undertake work attachments in the NHS. The Trust, which runs Andover War Memorial Hospital, Basingstoke and North Hampshire Hospital, Royal Hampshire County Hospital, in Winchester, also actively supports members of staff who serve as reservists.

Donna Green, chief nurse and deputy chief executive of Hampshire Hospitals, said: “Working closely with the Armed Forces has had a hugely positive impact on our Trust. We are proud of the work we do to support both current and former service personnel and are delighted to have won this award.”

“We have been able to identify and employ excellent staff across a wide range of job roles through the Step into Health programme, while we also benefit from the training and experience gained by reservists when they are with the forces.”

“We are looking to forge even stronger links with the Armed Forces moving forward and are working on a programme that would give serving personnel the opportunity to work with us in our hospitals.”

Speaking on the announcement of the 2017 ERS Gold Award winners, Sir Michael Fallon, Secretary of State for Defence, said: “These companies have shown the gold standard of commitment to supporting members of the Armed Forces, veterans, and their families. They have taken meaningful steps to ensure the defence community are not disadvantaged by the sacrifice they make in helping keep this country safe.”

For more information about the work Hampshire Hospitals does with the Armed Forces, visit www.hampshirehospitals.nhs.uk/work-with-us/links-with-the-armed-forces