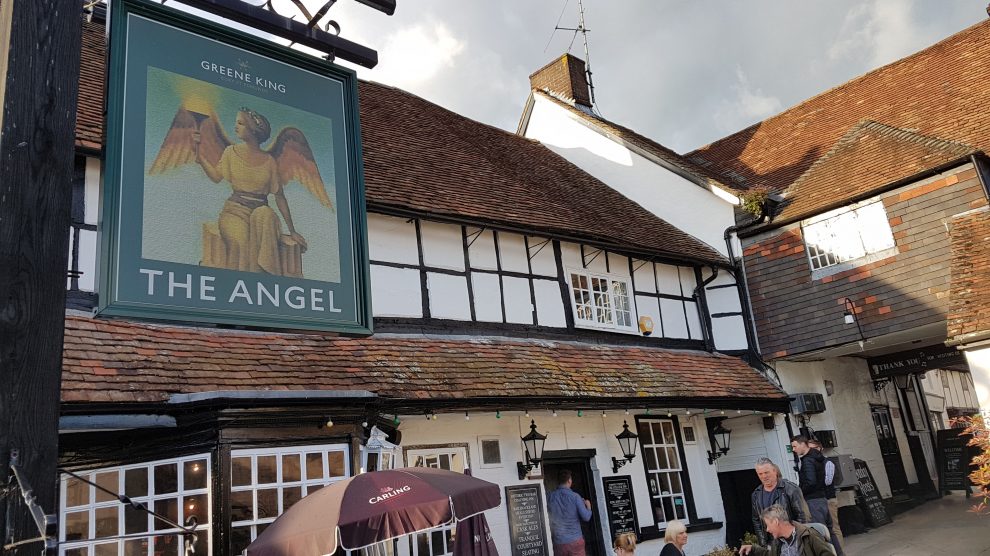 A new TV show is coming to Andover to try and capture evidence of the spectres who spook staff and owners at the town’s oldest pub.

‘Help My House is Haunted’ is a new TV show on the Really Channel TV station and they have been in contact with the current landlords of The Angel Inn to potentially record three nights of ghostly occurrences.

Parts of the The Angel, Andover date back to the 12th century and it’s the previous occupants of the building that stands today that is of interest to them.

Paranormal investigator Zak Bagans (Ghost Adventures) will be visiting the premises to find out if through cameras and special equipment they can find evidence of the spooks which have troubled staff and customers for many years.

Licensees Kaz and Chris Price who live above the rebuilt 15th century hostelry have had their fair share of ‘experiences’ of spirits beyond those in bottles.

“One room in particular, even our cat refuses to walk across it. He’ll gingerly sneak around the edge of the room”.

“Chris and I have seen floating, blue ethereal lights in our bedroom. I won’t stay in the building without having Chris with me”.

The Angel Inn was rebuilt after the Great Fire of Andover in 1435 at a cost of £400. For a while the pub was called the ‘Upper Angel’, sharing its name with the ‘Lower Angel’ on London Street which became the Rising Sun and is known today as The Foresters.

Many customers and staff have had supernatural experiences, staff member Cheryl Tarrant had several ghostly encounters which involve “George, the coachman’s son” and one experience (which she can best explain in person) that scared her enough to stop going to the premises for 5 months.

Pandora Monnas from the Really TV show says, “Our investigators will learn about the history of the building and rig the property with equipment”. Filming for the TV show will begin later this summer.

Andover Radio is inviting owners of haunted premises to get in contact to share their stories and be part of a planned Andover Ghost Walk series: hello@loveandover.com