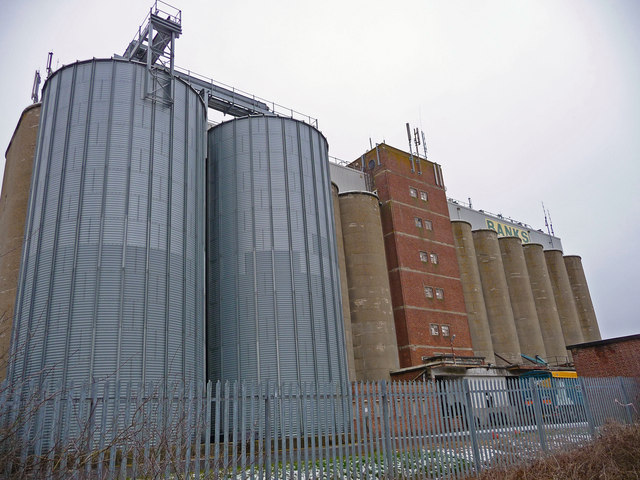 The grain storing, 1940’s, concrete silos are set to be demolished. Switch Logistics have had plans approved by Test Valley County Council last week to remove the silos which have been condemned since the 1990’s. This decision has been well received by some residents but not by others who feel Andover’s history is slowly disappearing.

Switch Logistics, who now own ‘The Grain Silos’ on Weyhill Road, is a distribution company based in Andover which was established in the early 1970’s, later purchased by TWT Logistics Group.

Switch Logistics, employ approximately 50 full time people at the Andover site, situated on Mylen Road. They provided plans last month to take down the 20m “historic silos” that have been part of Andover for over 70 years to make way for a new distribution site.

The news created a mixed response from the local residents. 6 letters of objection were received by TVBC by locals, expressing their concerns that the new plans will create an impact on the local traffic, with an increase of large vehicles and the are not being suitable to accommodate that type of traffic and therefore the safety impact, the impact on ‘biodiversity’

One local resident told Andover Radio 95.5fm “They have been here all my life, so they don’t really bother me. I think we should keep them as a part of Andover and our history” whereas a neighbour said “They are pointless, they are ugly, they can’t be used and to be honest I wanted to view a house in The Crescent but when I saw the silos were the view in the back garden it put me off. I definitely wont miss them when they are gone”

The site was originally developed into grain silos in the 1940s. The concrete silos were later condemned in the 1990s as unsuitable for storing grain, and were replaced by steel alternatives.

Switch Logistics applied last month for a certificate of lawful use on the site, sharing on social media Liz Hawkes wrote “I worked there in the 90’s, the concrete silos were in use and the steel bins were for extra storage! So much history, as told by the silomen, built by Italian and German POWs, a string of them across the south, all on the railway network.

She added “This was apparently the last one. Before bulk lorries, grain was sewn into sacks and loaded on train wagons. When the M25 was being built, stone trains ran in the night, the shaking settled the grain and more could be fitted in each bin in the morning!

“Fire brigade used to train in the basement, among the machinery. View from the top was fab! It’s not pretty, I’ll grant you, but I’ll be sad to see it gone. Driving in from Salisbury, always feel welcomed by silo, flour mill and St Mary’s!”

In the plans Switch Logistics submitted to TVBC, the concrete silos will be demolished, while the steel silos which were the alternative replacement many years ago will be sold to another business to reuse in another location.

The site will then be used as lorry park, with the offices and warehouse to continue in use for the time being until further plans are made.

A long standing resident told Andover Radio 95.5fm “Its hardly the best looking building, I’ve always thought them to be a bit of a blot on the map of Andover and whilst the skyline of Andover maybe changing, things move on and progression has to be made”

He went on to say “Its the same as the gas tanks in South Street, people thought they should stay as they were the landscape of Andover but the positive is its business within Andover town.

“I do question if that site is best placed for such a business, especially on an already busy residential road especially if in the future its becomes a sort of mega shed, however progress has to happen”.

Given the application is for a certificate of lawful use for the site, If changes were to be made to the road layout at the then further applications may be made in future.