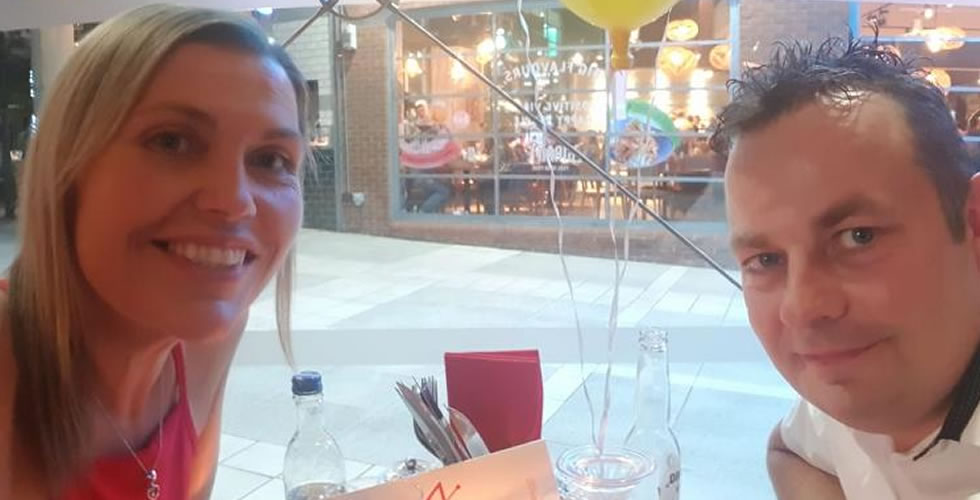 An Andover couple are warning holiday makers of the pitfalls of holiday compensation claims.

Tanya and Kieran Tuson from Andover have been trawled across national newspapers, after holiday firm TUI claimed they had made a ‘false claim’.

Now, the couple from Andover have been forced by a court to pay almost £8,000 to the holiday company.

The Tusons were taken ill with sickness and diarrhoea during their holiday at a hotel in Sharm El Sheikh, Egypt in 2015.

On returning to the UK they responded to a ‘no win, no fee’ company, offering compensation for missed holiday days because of sickness.

Tanya told Andover Radio, “We go away on holiday regularly and this is the first time we had ben ill, Kieran was in bed for 3 days.

“We reported this to the customer relations at the hotel. A TUI representative sat with us to fill out the required forms and the hotel reception even sent for a pharmacist to deliver tablets to the hotel.

“I still have the medicine boxes for these, I’m glad I kept them as this acts as proof that we were treated for sickness.”

After their holiday, the husband and wife spent several months in discussion with solicitors.

However, discussions ceased after TUI read a positive review on TripAdvisor from the couple about their trip.  TUI argued that the post was proof that the holiday was pleasant.  The holiday company then challenged their legal claim for sickness.

39-year old Tanya says, “I didn’t want to leave a poor Tripadvisor review for the staff at the hotel.  The hotel and staff were great.  We had stayed at the hotel before and had built a relationship with some of the staff.

“In fact, we have been there four times before and really wanted to praise them for how good they were.

“It wasn’t really the staff, hotel or holiday company’s direct fault that we were ill.”

The ABTA website states, “Over the last three years, the number of people claiming compensation because they say that they have fallen ill on a holiday overseas has sky-rocketed by over 500%.”

Using the TripAdvisor review as evidence, The Tusons eventually received word that the ‘no win, no fee’ solicitor could no longer able to act on their behalf.

Tanya and Kieran also received a letter from TUI stating that the company would be taking them to court for ‘false sickness claims’.

This action was to take place at Winchester County Court in August last year, but because of prior arrangements, Tanya contacted the court and holiday company by letter to change their appearance dates. One reason was that they already had a family holiday booked with TUI to the Hurghada resort on the Red Sea in Egypt.

Tanya explained, “When we arrived home from our family holiday, we had a letter from the court stating we had lost the case and were now liable to pay all TUI’s court costs.

‘I really didn’t know what to do, I thought we would have to pay the money back straight away. It is an awful situation to be in.

“I even had to contact the Citizens Advice Bureau for help”.

Tanya and Kieran thought they had started to make progress by contacting the relevant people. However, when she returned home from work on Tuesday last week (22nd January 2019) she discovered that The Daily Mail had reported on the case, which had then been shared across social media.

Kieran told us, “I had a look online and it made me feel sick, made me worry what other people would be thinking about us”.

Tanya stressed, ‘’We were not lying, we were actually really ill, it’s been made to look like we have tried to rip TUI off by making false allegations.

“We were sick, we didn’t receive a pay out or anything of the sort.”

Julie Vallance, legal director at Lime Solicitors told the BBC last year, “As soon as a holidaymaker suffers from sickness while on holiday abroad, and if that holidaymaker really believes that it is because of, say, food poisoning from the hotel, he or she should:

“A package holiday sickness claim, like any other personal injury claim will only succeed if it can be proven that the individual suffered as a result of negligence, on the balance of probabilities. Solicitors will only receive costs on successful claims.”

Over the three and a half year ordeal, Tanya told us she would like to say a special “thank you” to all her friend and family who had been so supportive with what has been a “totally stressful and upsetting” episode for the family saying, “they have been amazing”.