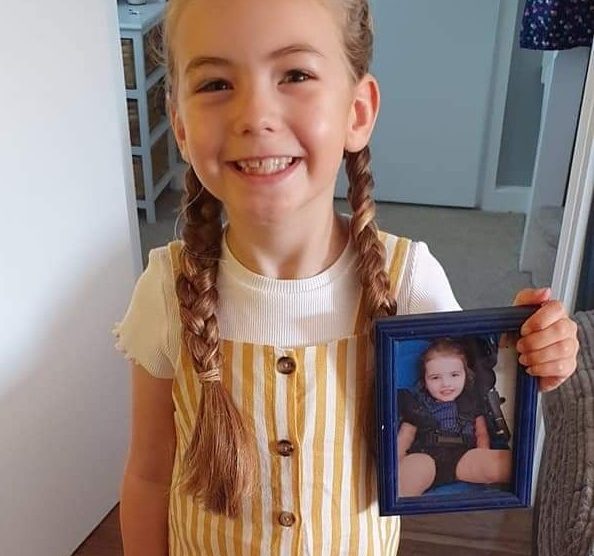 8-Year-old Gracie Barnes has been busy preparing for her big Snowdon challenge. Gracie lost her sister, Georgie suddenly from SUDEP shortly after her third birthday, and is now training hard to raise awareness and money for Dravet Syndrome UK charity in memory of her sister.

Gemma Barnes, the girls mother said “Our daughter, Georgie Elizabeth Barnes, passed away on 24th November 2017 aged 3 years old. Her sudden and unexpected passing has left a massive hole in our lives, a void that can never be filled.”

“During Georgie’s time with us, she had many ups but also many downs as her condition not only meant lots of time in hospital, due to seizures, but many other problems effecting her development. It was clear from early on that Georgie wasn’t going to grow as a normal child but that didn’t stop her trying everything, nothing was going to hold her back.

“Despite all of this, Georgie always smiled, always fought and captured the hearts of anyone who met her. We are honoured to call Georgie our daughter.”

Gemma went on to say “Dravet Syndrome UK were crucial in helping us realise that living with Dravet Syndrome didn’t have to be a lonely place by connecting us to many families all living the Dravet life. Not only were they a massive help during Georgie’s life, they still as we remain a Dravet family. It’s because of this we are back fundraising in order to help them aid other families, continue to support the Dravet community and continue with research into the condition.”

Keen YouTuber Gracie, who was only 4 years old when she lost her little sister, recorded her first YouTube video this week after climbing up Beacon Hill, as part of her training for Snowdon. Recording at the top of the hill Georgie admired the beautiful views whilst telling her viewers about her fundraiser which is happening on the 11th September 2021.

Gracie and her father will be climbing mount Snowdon which is the highest mountain in Wales, at an elevation of 1,085 metres (3,560 ft) above sea level, located in Snowdonia National Park. Gracie’s mother Gemma told Andover Radio 95.5fm “we had originally set a target of £500 but we are almost there after just a few more days so will aim for more”

Georgie started having seizures at just aged 4 months and the family had always hoped that she wouldn’t let Dravet Syndrome [Dravet Syndrome is a rare neurological condition] beat her but unfortunately it did. Despite Georgie’s condition the family always remained happy and positive, living life to the full. Gemma described Georgie as “a loving, beautiful affectionate little girl, who always smiled no matter what she went through“

Beyond a joke-Local musicians hit it big
Nails for Charity