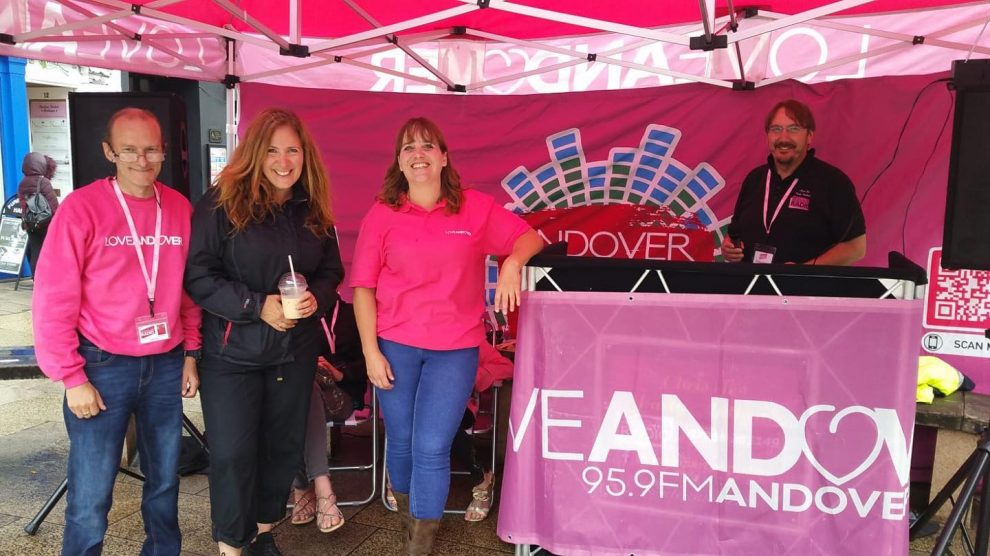 Although the day got off to a wet start the skies brightened bringing people into the High Street to enjoy, for free, the attractions, live music and stalls.

The Salisbury-based “Circus Wessex” headed by Johnathan The Jester and various other members of his family, invited the public to join in and learn some circus skills such as spinning a Diablo or plates. People were invited to try unicycles, hula hooping, mini cycles and crazy cycles. Johnathan also walked round on stilts greeting and waving at adults and children much to everyone’s delight. It proved to be a very popular attraction for all the family to interact with.

There was also a free Helter-Skelter which provided great entertainment for children (and adults!) alike. Even Steve Godwin from InAndover who organised the event was seen whizzing down on his mat! Steve commented“ It’s great to see so many people out in the town supporting our Independent businesses. This event is aimed at bringing the community together . Everybody seems to be enjoying themselves so let’s carry on supporting our town”.

Vicky Randall, another popular entertainer did several story-telling sessions throughout the day . She interacted brilliantly with the children, also encouraging them to play musical instruments to accompany a couple of songs including “ This Little Shining Light Of Mine” Vicky can be booked for private birthday parties or any children’s events.

Independent local business “ The Travelling Cupcake were also on hand to keep anyone with a sweet tooth happy with an amazing array of goodies.

If that wasn’t enough sweetness for you “Sweet Ideas” who have successfully run a local sweet business for the past 6 years have a unit in Andover’s shared shop in the Chantry Centre. They sell jars and boxes of old-fashioned sweets such as pineapple chunks and pear drops, as well as flying saucers, Flumps and all the lovely colourful sweets people expect today “Sweet Ideas” is open on Tues, Thurs and Saturday 10am – 5pm.

Tap on Tour were also doing a good trade from their stall. They specialise in different types of gin, Pima and Real Ales. They have premises named ”Andover Tap” which is on the corner of Winchester Street and Bridge Street in the town . It is a recently opened bar and offers tea, coffee and light snacks as well as their excellent selections of local gins and ales.

“Junction Road Curiusities” is a local handmade jewellery business and at the moment has a unit in the “InAndover” shared shop . The owner makes all original jewellery including using feathers and stones to give it a personal touch with no two pieces being the same. She also makes a selection of stunning dream catchers. She can be found on Facebook or ETSY.

There was an excellent line-up of performers in the Time Ring throughout the afternoon, introduced by Chris Burford (host for the day) from the Love Andover gazebo. Chris is a presenter at Andover Radio .His show Chris B’s Party Anthems can be heard on Saturdays 6- 8pm..He commented how lovely it was to see so many people out enjoying themselves especially after the last year of Covid restrictions.

The line up started with Kai Choi, a brilliant violinist . Kai told me he has never been able to read music but plays by ear. He was very well received by the audience. Next up was Maddison Douch a local well known singer and guitarist. She sang a selection of well known and original songs . Also very popular with the crowds She was followed by Jake Ward . He is well known in the local area and pleased his audience with songs such as” Is This The Way To Amerillo” and a couple of George Ezra songs Then it was Matt Marshall’s turn He is in the RAF and originates from Hartlepool. Matt would like to further his musical career if possible in the future. He was an excellent singer. Lastly was Hannah Bolsover who sang and played a mixture of music, some originals. She also attracted a good crowd.

A poem (no title) written by InAndover’s Andrew Middleton about Andover was read out by Amy Mellor.

The day was very successful and has emphasised how lucky we are to have so many independent businesses in the town so we all need to support them. 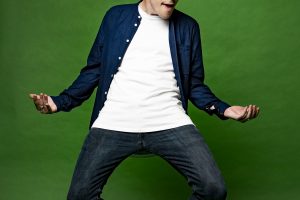 Laugh the night away at The Lights with Larry Dean