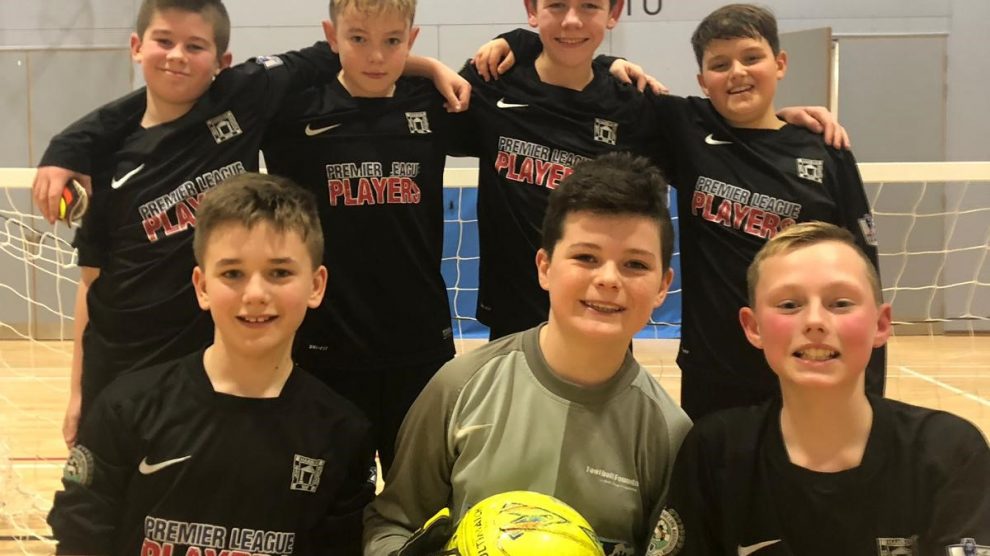 They were held at Places for Leisure in Eastleigh and John Hanson Community School (JHCS) were placed into a group with other district winners from Slough, Reading, Aldershot & Farnborough, Portsmouth, Jersey and Oxford.

Their team started the tournament in good spirits, unfortunately these high spirits were short lived as they conceded two goals in the opening minute of the first game against Oxford Academy.

In the second half the team found their form getting back to 2-2 before conceding in the dying seconds of the game.

Unfortunately they found ourselves in a similar position, going 2-0 down in the opening minute.

However, the team fought back showing great desire, but unfortunately this wasn’t enough even though the team controlled the tempo and created numerous opportunities.

Mike Green from John Hanson told Love Andover, “Our one goal wasn’t quite enough to gain a point. The boys were devastated! 2 games, 2 losses.

“Our third game saw us play Ditton Park from Slough, and saw a new set of tactics from the team. Enter Roman Turner!

“Roman had one job in this game, and that was to not let their 5’10” playmaker get near the ball. It worked!

“We won 3-1 with great goals from Tommy Nelson and Fergus McMahon.  At this point we realised that all the teams were losing against each other, which gave us a chance of qualifying. However we needed to win the three remaining games. A tough feat considering we had now played half of our games and only had three points on the board.”

Next up was Willink School, who had just beaten Robert Mays. Fortunately for JHCS their new tactics were working, a dominant performance from all in a crushing 4-0 victory!

“The boys were buzzing“, says Mr Green,  “They couldn’t wait to play another game. Could it be, could we have a chance of qualification?

“In our fifth game we played De La Salle from Jersey, another great performance from the team with a commanding 3-1 win, which placed us at the top of our group with other games still to play.

“Then a surprise win for Willink against Oxford Academy opened the table right up and set up the final round of fixtures with all to play for. Four teams still had a chance to qualify if results went their way.”

The last fixture saw JHCS play Springfield (Portsmouth) in a winner takes all game, all 6 teams were inside the sports hall with most cheering for Springfield.

Mr Green added, “The boys loved the situation of playing the villains. They fought hard and played very tactically getting the win that they needed and progressed into the semi-finals, qualifying top of the group meaning we played second place from the other group.”

In the semi-finals, the team played Faringdon Community School, from Oxford.

The boys got off to a great start getting an early lead, they later added two more quick goals to make it 3-0 at half time. As the second half started the boys were full of confidence knowing they needed a solid defensive performance to seal a place in the final. One mistake was punished meaning the final score was 3-1.

John Hanson had qualified for the finals.

The final awaited, for the winner a place in the national finals in Birmingham and for the losers a day of what if’s and maybes?

After Kick Off, there was a fast goal for John Hanson: 1-0.

Mr Green continues, “We then continued to press high up the pitch which had been working for us all day, Noah managed to gain possession of the ball in the final third and slotted Tommy through on goal to make it  2-0. Then another fast goal catching Robert Mays from kick off, 3-0!

“All that stood between us and a spot in Birmingham was four minutes of controlled possession. Robert Mays started fast and pressed high, then got a goal back to make it 3-1, you could feel the momentum change in their direction. Nerves started to play a part and some poor decision making allowed them to score another, 3-2.  Two minutes left on the clock, which felt like 15, time was definitely moving slower.

“But when it mattered the most the John Hanson team captained by Kaden Hughes dug deep and scrapped their way to the final whistle.

The team will now go onto represent the Southern Area Counties at the National finals held in Birmingham on the 4th March.

The team is looking for sponsorship to fund the cost of competing in the National finals.

If anyone is interested please email Mr Lewis Nash on lewis.nash@jhanson.hants.sch.uk or alternatively contact the school on 01264 352546.