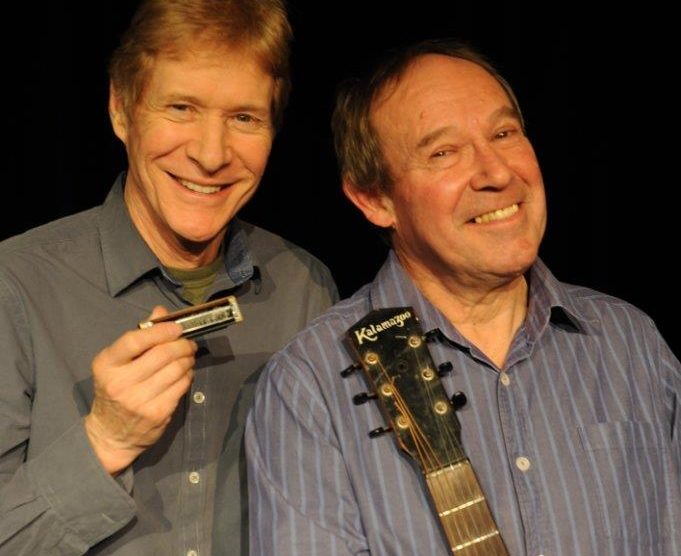 Former Manfred Mann lead singer and Blues Band members Paul Jones and Dave Kelly return to The Lights in Andover for a fantastic night of Blues music in January 2023.

Both Jones and Kelly have produced some stellar albums across their careers and the seasoned pros will be bringing all their experience to The Lights auditorium stage.

A live acoustic set will be played by the dynamic duo; they’ll be tapping into the past by playing songs from their roots. As well as their own original material, they regularly play some of the biggest Blues hits. Including some of the greats, ranging from John Lee Hooker to Sonny Boy Williamson. With blues being a staple in The Lights programme over the years, many bands have played the celebrated genre both in the arena and in the auditorium.

Paul Jones was the original lead singer of Manfred Mann, with whom he had several hit records in the UK and America. The Portsmouth-born singer and musician has performed across the world since the 1960s both as a musician and an actor. His experience in the entertainment industry is for all to see in January alongside his longtime friend and musical partner, Dave Kelly.

Dave Kelly was a vital founding member of The Blues Band with Jones, forming in 1979. Despite a brief hiatus in 1983 that lasted three years, the band reconvened and played to crowds across the country until 2022.

Kelly has been an integral part of the Blues genre for over 40 years and is regarded as one of the most remarkable slide-guitarists on the planet. He has played acoustic guitar and as a vocalist in various bands over the years, and his acoustic sets with Paul Jones have been adored by blues fans across the planet.

When these two timeless musicians get together, it is a magical merge of quality, musicianship, character, and experience.

This is not a show to miss if you love the blues.

See Paul Jones and Dave Kelly live on Friday, 20 January at 7:30pm at The Lights theatre by booking tickets online at www.thelights.org.uk. or by calling the Box Office: 01264 368368.

A show for all the family; Burglar Bill at The Lights in January
Another pub set to close its doors