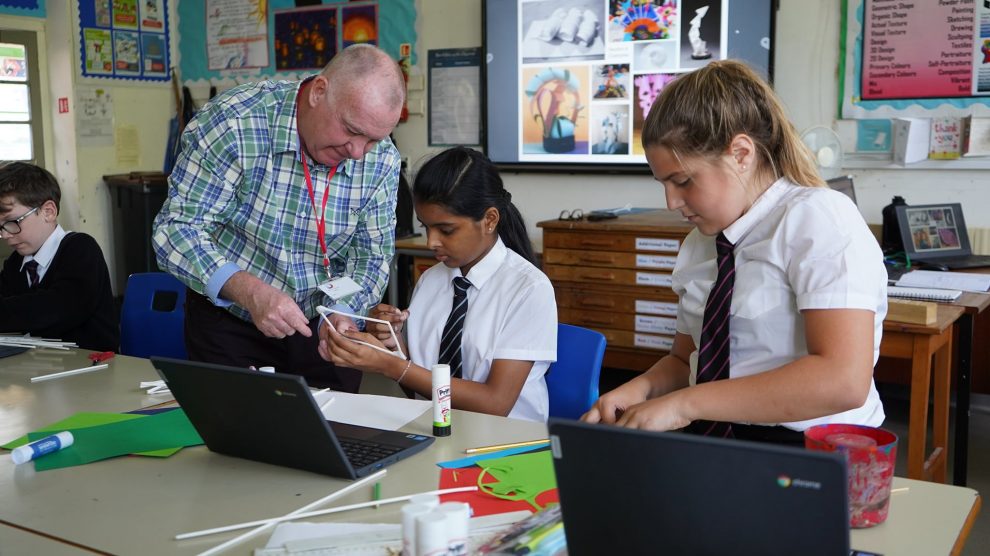 Wednesday 15th September some pupils at Winton Community Academy in Andover enjoyed a visit from artist Tim Ward during their art lessons throughout the day.

Winton community Academy pupils had an enjoyable time creating their own pieces of art during the lessons.

Tim Ward is the artist behind the Jon Egging Memorial Sculpture in Bournemouth, which was created in memory of the Red Arrows pilot who tragically died in a crash during the town’s air show. His other works include the Ashlon Sculpture at Ashford International Station, Kent and Live Nation Drinking Fountain in Hyde Park, London. Tim is an elected member of Art Workers Guild since 1992.