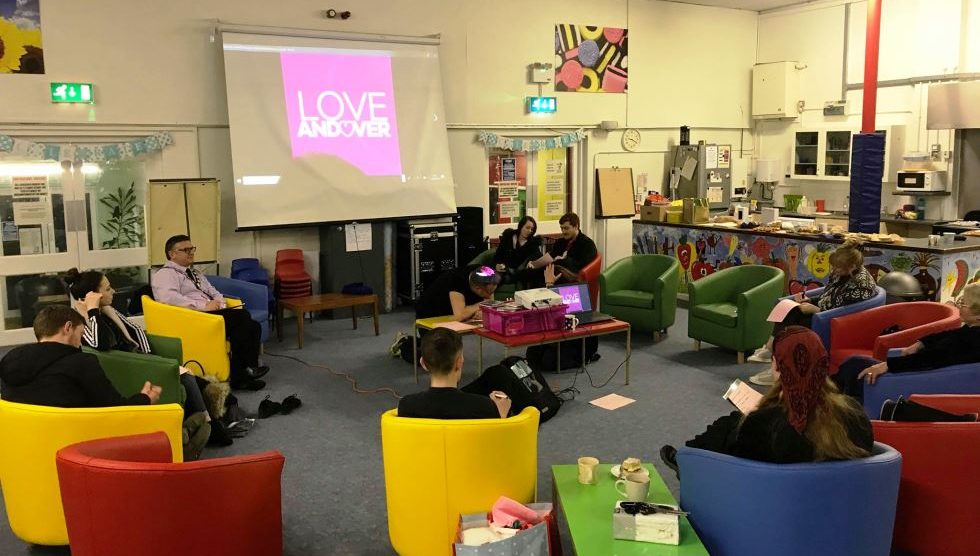 The event was a great success with 20 young people attending in addition to the Mayor of Test Valley, Councillor Carl Borg-Neal, and his consort Maria Neal.

The Streets is a project engaging with young people aged 16 – 25 to help improve their life skills and give them support and qualifications and currently involves around 20 young people from military and civilian backgrounds.

The young people came onto the project from a mix of sources with some referred by the local homeless hostels whilst some were referred by the Army Welfare Service and some invited by group members or self-referred.

The young people had a wide range of issues when they joined the project including mental health issues including depression, anxiety, self-harming and suicide attempts.

Some of the young people from civilian backgrounds had drug habits with some homeless in temporary accommodation or sofa surfing while some had diagnosed issues such as ODD, ADHD, social anxiety, schizophrenia, bipolar, Asperger’s, depression, dyspraxia, and dyslexia.

Further Up The Street

In addition to the Streets Project, Love Andover have combined with the Army Welfare Service to run “Further Up The Street” – a partnership project aimed at engaging hard to reach young people including a mixture of young people from both army and civilian families.

Some of these young people are NEET (Not in Education, Employment or Training) and are often the hardest to engage with the greatest need.

The project works towards:

From Probation to Pride of Andover

One young man, Alex Leigh, started Further up the Street on probation. He got thoroughly involved, helping out with sessions, community days and taking up training. He was the young person chosen to present a petition to Hampshire County Council and answer questions on young people’s issues.

In October, 2017, he was awarded a Pride of Andover award for all that he had done for his community.

Alex wrote about his experience with the Streets Project:

The Streets project saved my life when I was in the gutter
No home, no clothes, no clutter, no hope, no bread for my butter.
Defeat in sight on one path, I could see no other.
We meet we eat we laugh and put the world to rights darkness turned to light and a turned fighter a fighter into a lover.

Going To The Lords

Members of the Streets will be going to the House of Lords to see the Lib Den Whip, Lord Ben Stoneham, with an invite to also see where Guy Fawkes placed the gunpowder under the Great Hall.