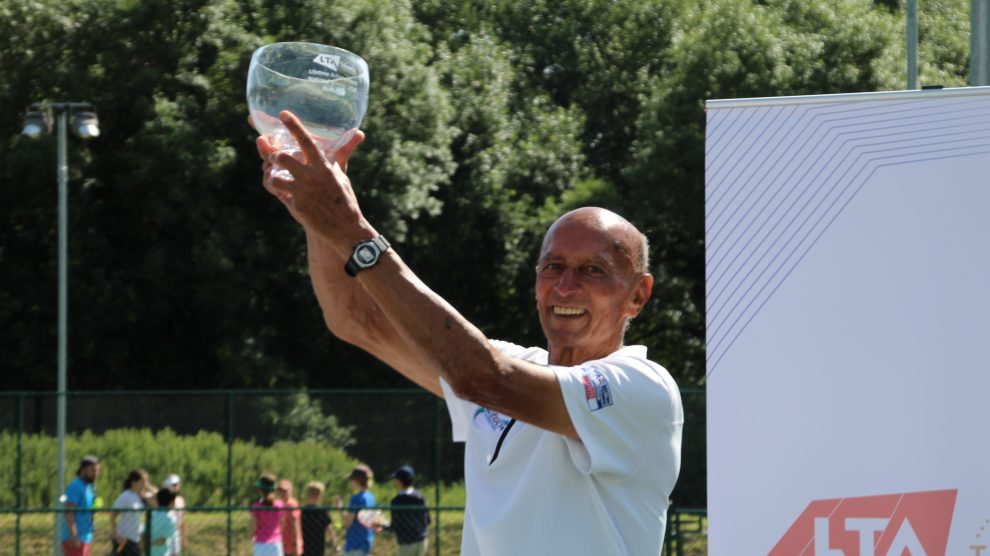 On a glorious Saturday (17th July) at the amazing facilities at Andover lawn tennis club, one of their coaches, Bash Kara, was awarded the national lifetime achievement award from British tennis governing body, LTA.

It was a special day for Bash, not because of the award he was about to receive but he was doing what he loves best and that was teaching tennis next generation. It was a hot and sunny day and perfect for tennis, Bash was in his element and at home teaching. His infectious smile and enthusiasm shone brighter than the sun, the young children who he was teaching were fixed on Bash and his coaching method was a joy to see, the smile on his face was as bigger as the children he was teaching. This is someone who is 82, I cheekily asked for his birth certificate because I couldn’t believe his age. I asked him his secret and if he has the fountain of youth, Bash gave a down to earth answer, “It is all down to a healthy lifestyle and staying active”.

As the ceremony was getting ready, there was a slight delay, it was Bash, who was not ready to finish his lesson, he made his own award ceremony wait for him to finish what he loves and does best, coaching.

Bash was humble as he was presented the award from LTA president David Rawlinson and was given the applause he deserved.

Bash told us “Thank you to the ALTA and the LTA for today, I didn’t expect to win this award but I am honoured to have. This was a team effort, the parents, coaches and volunteers, we won this award as a team”.

Bash was part of tough competition as there were over 2000 entries this year and Alison Beard who nominated Bash was over the moon with the award she said “Bash is truly an amazing man and a brilliant tennis coach. He is all about making tennis accessible to everyone and open to all, he set up tennis coaching in Southampton in the estates and had a positive influence there.

“He deserves all the credit”

Bash who recently also was awarded the BEM (British Empire Medal) for his service to the local community and enjoyed a day in the Royal Box at Wimbledon the previous Friday before he told us “It was a pleasure to be invited, and everyone there was so welcoming it was a great day”.

Bash made a special mention for Margaret Winnett, who sadly passed away earlier this year, who served as the ALTC (Andover Lawn Tennis Club) chairwomen for over 45+ years. “Without Margaret this wouldn’t have happened. We all owe Margaret a lot and I dedicate this to her”.

Bash’s infectious smile and attitude had a knock on effect and only positive words were spoken as a spoke to a few of the committee members. I spoke to my former Science teacher at John Hanson, Trevor Blake, who is a director at ALTC who told me “He is just a naturally proper gentleman and a total professional”.

Treasurer Jonathan Lee said “I have known Bash for 20 years and he is such a brilliant person and coach. He does it for the community and really wants to make tennis open to all. His professionalism is a such a brilliant trait and he deserves today”.

It was a pleasure to at this glorious award ceremony and seeing someone like Bash being honoured was truly inspiring, but watching him coach and the way he carries himself was a bigger honour. I still don’t believe he is 82 though. 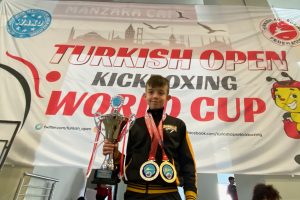