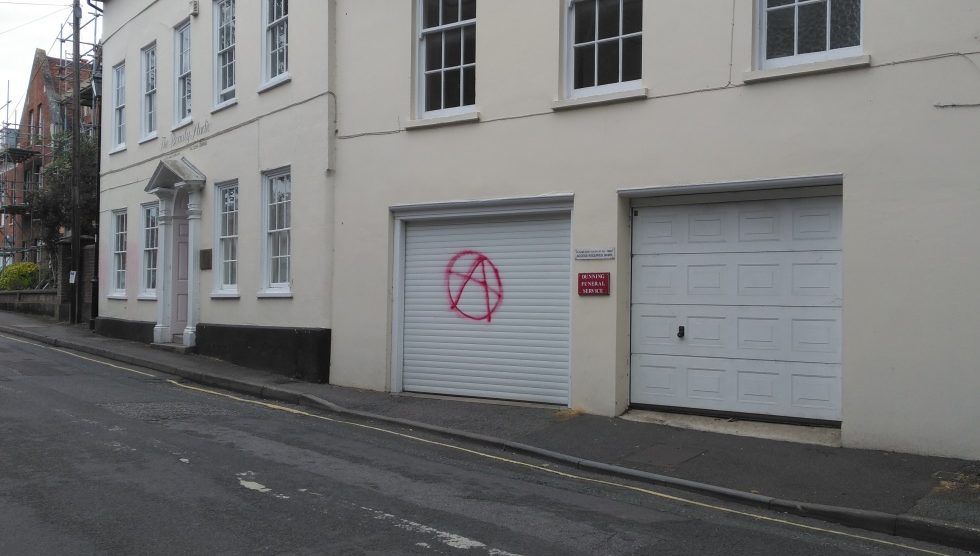 A man has been arrested after a number of locations around Andover town centre were sprayed with graffiti last week, including St Mary’s Church and the Guildhall.

He has been charged with various criminal damage offences and released on bail.

Leader of Test Valley Borough Council, Councillor Phil North, said “We worked closely with the police to investigate this incident and I am pleased that they have now arrested and charged someone. I hope this sends a message to others that such behaviour will not be tolerated in our town.”

During the arrest a police officer was injured after being assaulted by the man, receiving cuts and bruising to his face. He has also been charged with assaulting a police officer. 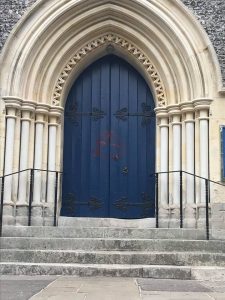 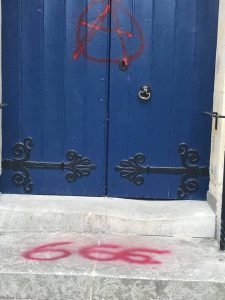 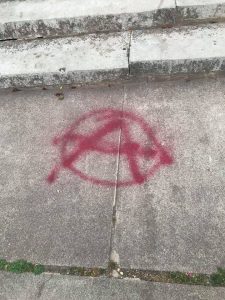 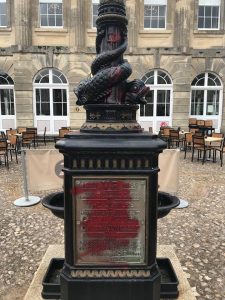