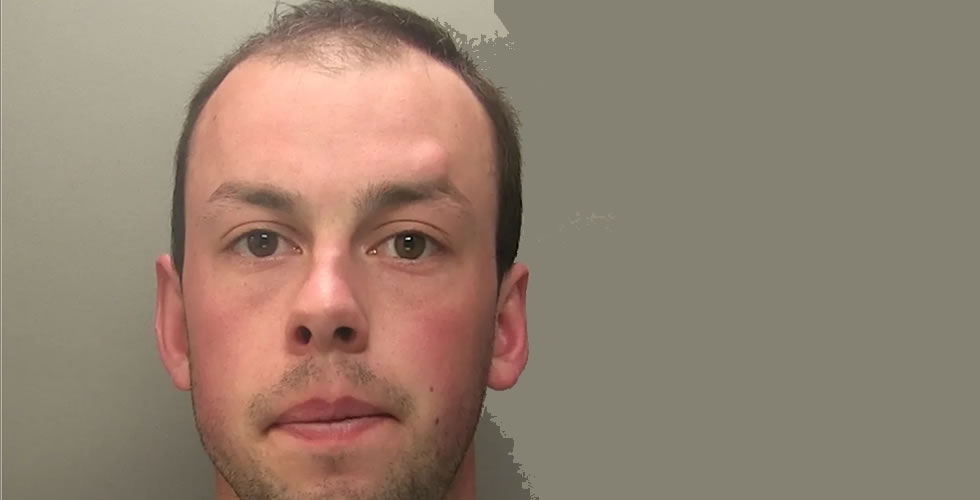 A man has been jailed today (31 January) after a jury found him guilty of the murder of 26-year-old William Rudiak in Andover.

22-year old Ben Harvey of Ridges View, Little London was sentenced to 28 years imprisonment for murder, eight years for trespass with intent to commit a sexual offence, and two and a half years for ABH following a trial at Winchester Crown Court.  All sentences are to run concurrently.

William had sustained a single stab wound and was pronounced dead by paramedics at the scene.

Later the same morning, officers were notified about a separate incident in a village near Andover, in which a young woman was woken by a man she did not know.

Harvey was arrested in connection with both incidents and later charged.

The jury took six hours to find Harvey guilty of all three offences.

Speaking after the sentencing, senior investigating officer Detective Chief Inspector John McGonigle said, “In the early hours of Monday 11 June last year, Ben Harvey embarked on a course of action that left one man dead and others fearful for their safety.

“These were disturbing incidents that have had a significant impact on the friends of family of all those involved.

“Despite the clear evidence, Harvey’s pleas have meant that those affected have had to relive their experience in the courtroom.

“I would like to thank them for their courage and I hope that today’s sentence gives them some form of closure.

“I would also like to thank those paramedics and officers who attended the scenes that night, and to those involved in the investigation that followed.”