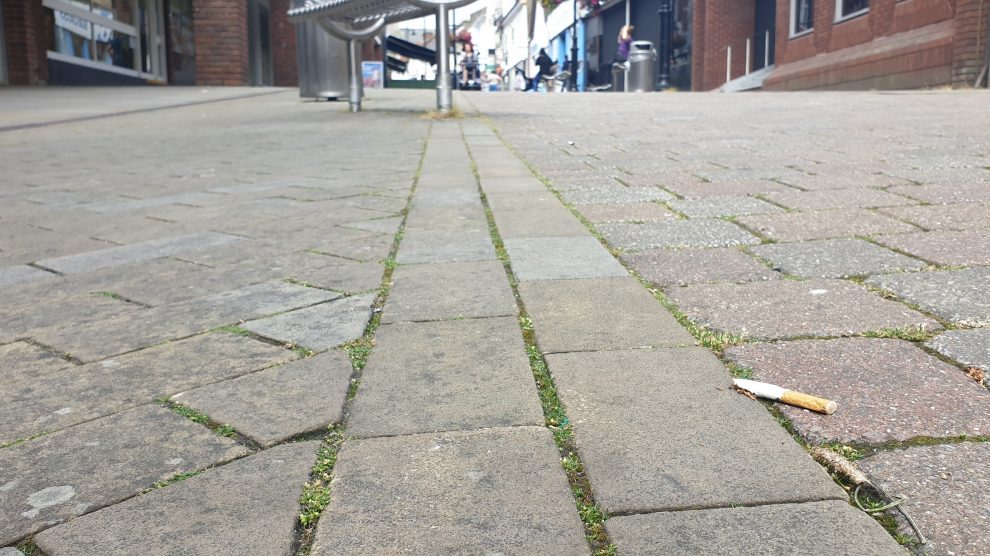 A Basingstoke man who was caught littering a cigarette butt in Andover has been made to pay hundreds of pounds after failing to pay the initial £80 penalty.
Jason Smallbone, of Tasmania Close, Popley, littered the end of his cigarette in Weyhill Gardens, Andover, on December 20 last year.
After being issued with a penalty notice, Mr Smallbone did not pay and has now been ordered to pay more than £400 thanks to an investigation from Test Valley Borough Council (TVBC).
At Basingstoke Magistrates’ Court on July 11, Mr Smallbone was handed a £220 fine, ordered to pay £150 in costs and a £30 victim surcharge after being found guilty in his absence.
After being caught littering, he was issued an £80 fixed penalty notice for the offence, which would have reduced to £50 if paid within seven days. However, Mr Smallbone did not pay and an investigation from TVBC meant that Mr Smallbone was taken to court, where his overall costs more than quadrupled.
Test Valley Borough Council’s environmental portfolio holder, councillor Alison Johnston, said, “Whenever we prosecute for a fly-tipping offence, I always hope it acts as a deterrent. In this littering case, while I would plead with the general public to dispose of their litter properly, this is a message that we will pursue if you do not pay the penalty notice, too.
“There is never an excuse for littering, whether it’s the end of a cigarette or a plastic bottle. Whether you leave something on the ground or throw it from a moving vehicle, you are still littering. It is everyone’s responsibility to keep our environment clean and tidy.”
It is an offence to drop litter anywhere in the open air, including rivers, lakes and drainage systems. Litter includes all smoking, drink and food waste including cigarette butts and chewing gum. A fixed penalty notice is £75 if paid within seven days.