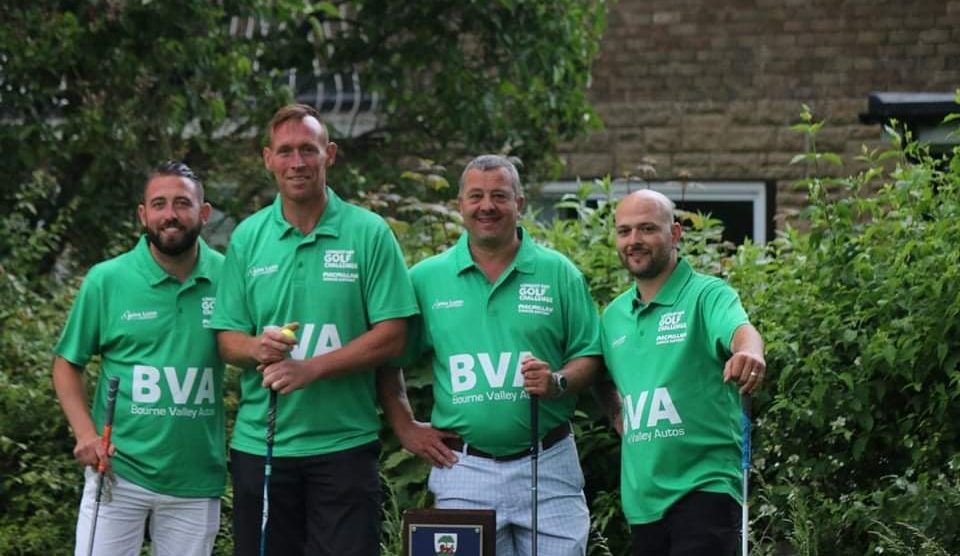 Andover Golf Club was the course that saw 4 friends competing in the MacMillan Longest Golf Day.

Gavin Howard, Mark Thorne, Aaron Joyner and Ryan “Bozzy” Tilley took on the 72 hole golf challenge on 19th June and was in honour of the late Anna Joyner who sadly passed away 2 weeks prior to the event. The challenge was to raise money for MacMillan and Countess of Brecknock and the friends raised £1270 (At time of writing as the total is rising) for MacMillan and £1750 for Countess of Brecknock.

The day started at the crack of dawn with first tee at 5:30am. The weather was kind and the lads played all through to 7:00pm as they finished the 72nd hole. The group shot a great day with 22 birdies between them.

The MacMillan Longest Golf Day is an annual event held typically as close to the 21st June (Longest day of the year) and asks players to play from dawn until dusk.

Gavin Howard told us “It was exhausting and exhilarating at the same time. To know what you were doing and in memory of someone close makes it that little bit more rewarding for great charities so close to so many hearts

“Thank you to all supporters and donations, any further donations will go to Countess of Brecknock”

You can still donate by following this link.