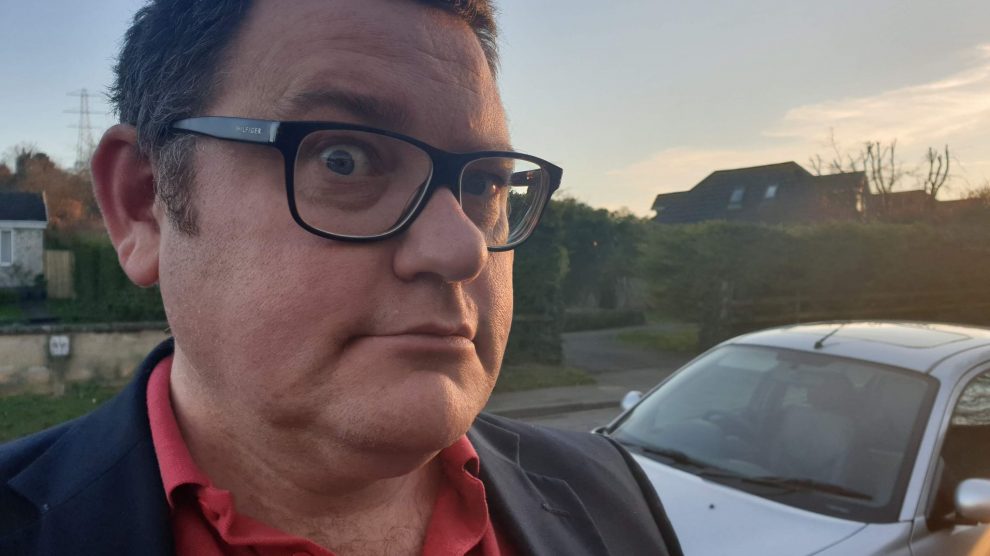 The unmoveable Mayor of Andover concluded with “See you all soon” at the end of an extraordinary town council meeting where informed councillors voted in favour of a vote of No Confidence.

Cllr Richard Rowles sat and listened stoically as he listened to multiple complaints against him at this evening’s Extraordinary General Meeting. Despite the claims against him, the town mayor did ensure everyone – for or against – had an opportunity to talk.

6 of 12 town councillors of voted in favour of the motion “The Andover Town Council has No Confidence in Councillor Rowles as Chair of Council/Town Mayor “. 3 voted against, while there was one abstention and two councillors who simply ‘didn’t want to vote’.

Andover town council has 16 seats. After a series of resignations since last year’s elections – despite new members being ‘co-opted’ (not voted by the public) four seats still remain empty.

In a 40-minute meeting which perhaps proved the desperate lack of understanding from the town council’s elected members, Cllr Sangster (Romans Ward) said “I am not informed enough to make a decision”. Councillor Luigi Gregory (Harroway Ward) despite attending the virtual meeting on video platform Zoom said, “I am not taking part in this vote”.

It was a perhaps a pointless meeting as Cllr Richard Rowles has intimated that he will not vacate the post as the town’s first citizen. Confusingly, despite the vote, Cllr Rowles doesn’t have to leave his post as a result of the post. Love Andover understands the Chair (the Mayor) must resign or ‘become disqualified’ before vacating the position by force.

The claims against Cllr Rowles included previous bed partner Cllr David Coole (Romans Ward) who said, “We [the council] have had enough. The town has had enough”. Cllrs Coole and Rowles were the creators of the Andover Alliance party.

Cllr Barbara Long (St Mary’s Ward) commented that it was the “appalling [town council] behaviour of 2019″ that made her stand in the recent elections. Cllr Long then having waited to “listen what other councillors have to say,” chose to vote against the will of the majority of councillors, thus supporting the man who made her stand for election.

After Cllr Robin Hughes asked for “both sides to work together”, the Mayor added, “Sometimes when things don’t go the right way, things have come to an end.

Referring to the astounding success of his Andover Alliance Party received in last May’s elections, Cllr Rowles said, “There was a time when we were all part of the same team. The town council has suffered as a result.”

The Andover Alliance political party won 15 of the 16 seats at the town council. However, the party was de-registered by the Electoral Commission earlier this month. “My actions are my own”, added Cllr Rowles. “I have been subject to almost constant harassment. I’ve had faceless accusations about my owing money to Cllr David Coole.

“I have also been accused of embezzlement”.

“I’ve had threats of physical violence. Some might refer to this as harassment, let along bullying.“

Two ‘Points of Order’ were made during the meeting referring to Cllr Banville (Harroway Ward). Cllr Banville, an ex-girlfriend of the Mayor, seemed constantly disorientated with the meeting’s proceedings. Cllr Ecclestone suggested that as she hadn’t attended the beginning of the meeting she should not be permitted to vote.

Additionally Cllr Meyer (Winton Ward) tried to reinforce the point after Cllr Banville continued to show an noticeable lack of attention to the meeting’s progress. The town clerk permitted Cllr Banville to vote.

Concluding the motion, Cllr Meyer said, “While acting as Mayor, Cllr Rowles has acted very unbecoming as an adult, let alone as this town’s mayor. His actions are an ‘omnishambles’.

Referring to Cllr Coole’s earlier comments of the Mayor using exclamations such as “I am the Mayor” and citing his “Appalling and controlling behaviour”, Cllr Meyer added, “Mature adults don’t go into intolerable fits of rage. Which Cllr Rowles has done repeatedly whilst holding the position of mayor.

“This office [The Mayoral position] should be a position of integrity, transparently; representing the people and this council as a whole. Not one that serves to the purpose of the office holder”.

HOW YOUR COUNCILLORS VOTED:

David Coole: FOR
Joanne Coole: FOR
Rebecca Meyer: FOR
Robin Hughes: “No comment”
David Treadwell: FOR
Barbara Long: Against
Lauren Banville: Against (after misunderstanding the request to vote)
Christopher Ecclestone: FOR
Luigi Gregori: “I plead with both houses. I am not abstaining”
Sangster Abstain. “I don’t feel informed enough.”
Nicholas Asamoah: FOR
Richard Rowles: Against “Unsurprisingly”

Cllr Rowles concluded the vote with “Alright, thank you all very much ladies and gentlemen, thank you for all turning up. See you all soon. Bye”.