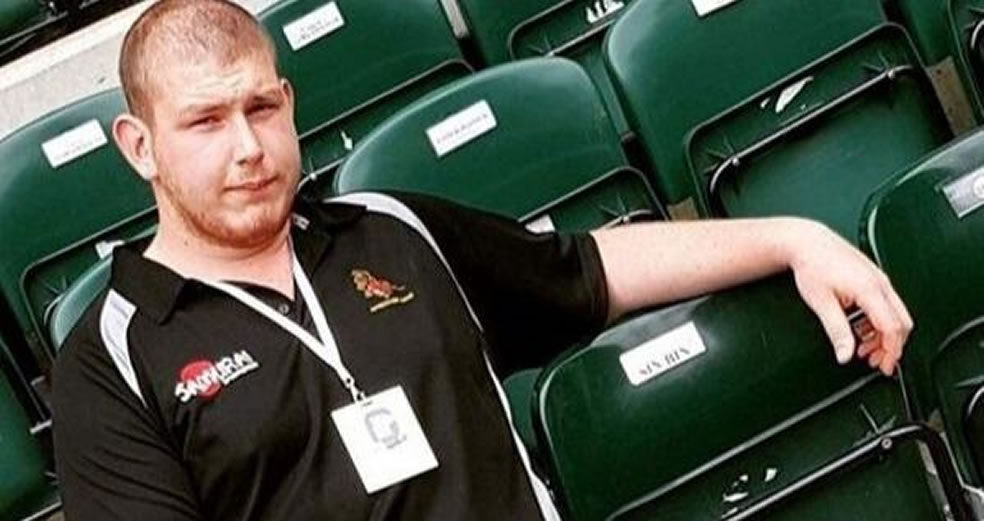 Up to 300 people are expected at a memorial event for Declan Gillan, who died in a motorbike accident last month.

The event will celebrate the life of the ‘gentle giant’ whose early death has prompted an outpouring of grief from those who knew him.

The memorial event is tomorrow (Tuesday 1st October 2019) at The Queen Charlotte pub on London Road starting around 6pm.

The popular Andover rugby player, known as ‘Dec’ to his many friends will be remembered at a special evening of the monthly Andover Bike Night.

Organiser Richard Alman says, “It’s our last bike night of the year, and as many of us were friends of Dec’s, we’ve decided to make this one his memorial night.”

Everyone who knew Dec are invited to attend. A collection bucket will be handed around there should people wish to donate money. The collection will be passed to his family.

The bikers’ event Facebook page says, “Laugh, cry and raise a glass to Dec you know he’d want that. I will be organising a ride of remembrance in the coming weeks.”

The tree surgeon for Groundlord was on the A3400 on Tuesday 17th September when he was involved in a ‘motorcycle incident’.

On the night of the accident, despite having finished work early, he characteristically offered to go back and help colleagues finish a job. Many who knew Dec said this was ‘a gesture that was typical of his goodhearted nature’.

Terri Smith, a friend for 17 years, told 95.9FM Andover Radio, “He was just a gentle giant. Its hard to explain but he was just a lovely, bubbly person. I never saw him in a bad mood.

“He was just always happy – no matter what. He looked after his friends and family. In fact, he would look after anybody he met.”

“I found out on Facebook but understand he left early to go and help someone out so they could finish work early.

“That’s the sort of person he was. He will be very much missed.”

School friend Jade Allen joked, “He was the only person I know who was strong enough to pick me up.

“He was brilliant at school, he used to have everyone in stitches all the time. He was a really funny guy, his death is such a loss to everyone in town.”

Neighbour Liz Donnelly posted online, “I can’t believe this has happened to such a wonderful and kind young man! This is so awful and I give my biggest and deepest condolences to Declan’s family and friends. I’m so sorry for your loss I truly am. Rest well sweetheart xx”

Free coffee available in Andover !
Over a Grand raised from a hero quiz night