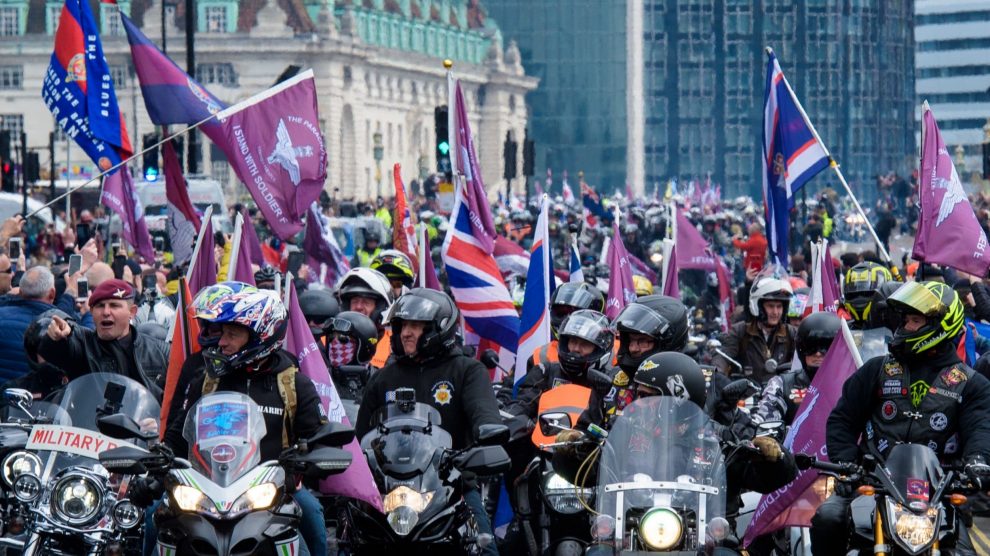 Hundreds of military veterans from Andover are expected to join thousands more from across the UK this Friday in London to protest against the prosecution of a British soldier over Bloody Sunday.

‘Soldier F’ is to be charged with murdering two people after troops opened fire on civil rights demonstrators in Londonderry in January 1972, on what became known as Bloody Sunday.

This action follows last Friday’s protest when thousands of veterans descended on Parliament on motorbikes to protest at the decision to charge the unnamed soldier.

The protesters, many of whom are armed forces veterans themselves oppose the soldier’s prosecution.

This is following several investigations when he was exonerated and military participants were given a guarantee they would not face criminal proceedings if they gave witness statements.

“This highlights the need for an independent organisation that looks after the interests of our veterans.”

The ex Colour Sergeant served in Iraq and Afghanistan and survived eight bomb blasts.  Referred to as ‘the soldier the Taliban couldn’t kill’, he also survived over 70 enemy attacks.  He was awarded the Military Cross for fighting off insurgents in Iraq in 2005.

The March starts at 1100 hours meeting at Horse Guard’s Parade.

Around 11,000 bikers went through London last week in an organised go-slow protest. Park Lane, one of the busiest roads in the capital, was closed to allow the bikers to form up.

Traffic was brought to a standstill around Parliament Square and on Westminster and Vauxhall Bridges as the protesters, engines revving constantly, slowly made their way through the city.

Some relatives of the 13 killed have campaigned for their prosecution, while others argue that Soldier F should not face trial. He should get the same form of immunity was given to paramilitaries as a result of the peace process – concessions he insisted should be extended to British soldiers who served.

The Million Veterans March is organised by the Justice for Northern Ireland Veterans Original Group.