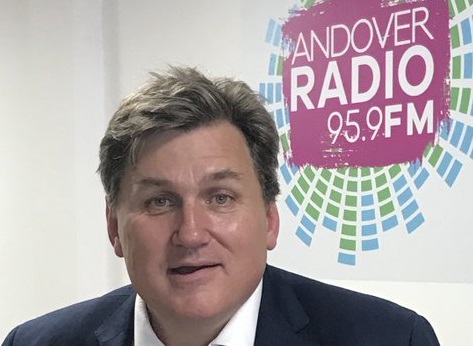 Andover’s MP will give a message of thanks and encouragement on Friday 8th May to commemorate the 75th anniversary of VE Day.

North West Hampshire MP Kit Malthouse will deliver a message to people in and around Andover which remembers those three quarters of a year ago who fought with “bravery, dignity and stoicism”.

He encourages people in lockdown today to draw on the experiences of the past to face the future with the same sense.

He told Andover Radio, “The celebrations were meant to be very different this year, church bells would ring out as part of three day’s of celebrations. 20,000 pubs would encourage people to toast the heroes of World War Two.

“But the attack on our nation of a very different kind of enemy has put an end to that.“

We are encouraging everyone to undertake the ‘Nation’s Toast to the Heroes of WW2’ at 3pm on the 8th May, from the safety of their own home whilst observing social distancing by standing up and raising a glass of refreshment of their choice and saying the following ‘Toast’ – ‘To those who gave so
much, we thank you.’

95.9FM Andover Radio will broadcast a special series of programmes of music and memories from 1:00pm, including a special ‘Glenn Miller in England’ programme hosted by Abbots Ann resident Phil Farlow.

Andover Radio’s Martin Miller will host a further programme of uplifting musical memories from 1945 from 2:00pm until 4:00pm. The programme will include the Leader of Test Valley Borough Council Phil North who will ask listeners to raise a glass of refreshment for the toast just after 3:00pm.

Andover Radio will re-broadcast Winston Churchill’s historic announcement of the end of the war in Europe.

Earlier in the day, Andover Radio will also observe two minute’s silence at 11:00am to remember our fallen heroes.

Mr Malthouse adds, “As you celebrate at home – and I hope you will celebrate – I hope you will reflect on the strength and courage of the [previous] generation and bring it to your own life as you remain under what remains of the lockdown.

For ideas on how to celebrate VE Day at home, please click here.