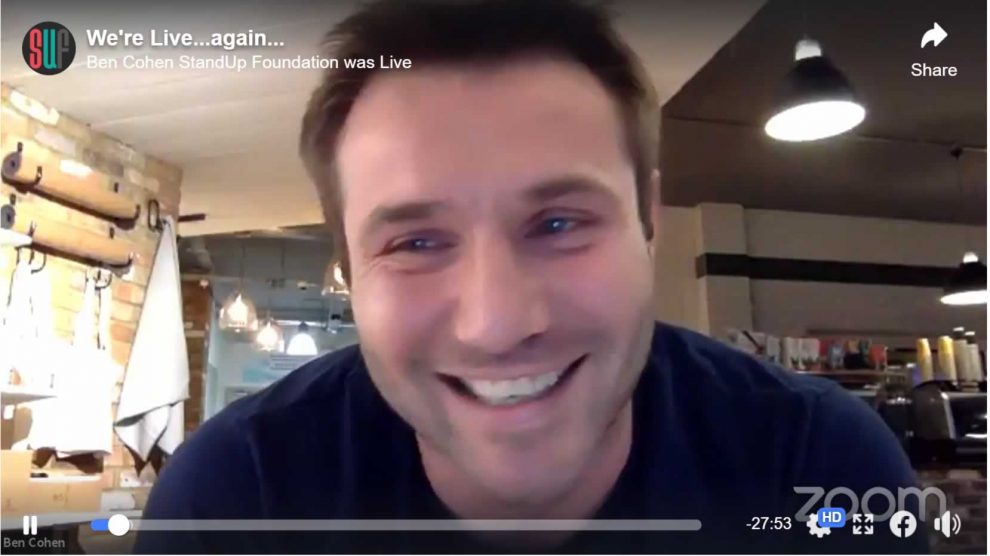 Andover’s local radio station picked up a national award for supporting the community and its commitment to anti-bullying and eradicating harrassment in the workplace last night.

As part of the annual Ben Cohen Foundation StandUp Foundation awards, 95.9FM Andover Radio was category winner for its work in supporting people through bullying, harassment and emotional support. Specifically, Andover Radio was praised for its ongoing work to help prevent bullying in the workplace.

The Foundation was set-up by England rugby international Ben Cohen and is the world’s first foundation dedicated to raising awareness of the long-term, damaging effects of bullying by connecting communities and raising funds to support those doing real-world work to eradicate bullying.

The virtual awards ceremony hosted by the 42-year rugby star and LGBTQI+ Educator Saski Singer also saw awards for Conduct Change (Educational Institution of the Year) and the Red Balloon Learner Group (Charity of the Year).

Ben said, “The local radio station has worked hard to target hard-to-reach communities through the use of their LoveBus, which sounds interesting! They have run youth support groups, social isolation activities, crime diversion events. All the time ensuring that service users are ‘included’ and free from harassment.”

Founder of Andover Radio, David Harber, accepted the award with a replacement. The physical glass award did not arrive on time, instead he accepted a waste-paper basket of much needed items such as polythene gloves, face masks and hand gel. “I love the Foundation that Ben has created and the reasons for its creation”, said David.

The Foundation was started in 2012 by 2003 Rugby World Cup Winner Ben. He was moved to launch the Foundation following the terrible events of his father’s death when he was fatally injured trying to protect an employee.

Ben says, “The awards give us a chance to celebrate companies, individuals and organisations that work hard to eradicate bullying, making it more of an inclusive world for all of us.

“They help educate that next generation and drive a goal of cultural change. Importantly, the awards allow us to celebrate their work and help them continue their great work.”

In a short acceptance speech which referred to the volume of sexy semi-naked photos of Ben that can be found online, the radio station founder said, “I want to thank the team I have here in the backwaters of Hampshire, but also our listeners. It’s their listening which allows to sell advertising which we them convert into money to be spent on providing community services that support people in our local area.”

The anti-bullying award comes the same week that Andover Radio is also shortlisted for three other awards in the UK-wide Community Radio Awards 2020.

A spokesperson for the Ben Cohen StandUp Foundation added, “Since 2012 the Foundation are proud to have supported around 50 charities and organisations. We raise funds for these organisations through holding fundraising events and by receiving donations from individuals from their own fundraising efforts.

“This support has enabled us to make grants to a growing number of organisations that are taking action against bullying across a broad spectrum of areas including schools, online, in the workplace, amongst the LGBT community and in sport.”

WATCH THE ONLINE CEREMONY ON FACEBOOK BY CLICKING HERE

The Little Blue Planet Needs You.
Taking a hike for Andover Foodbank – Graham & Co staff on the march for local charity