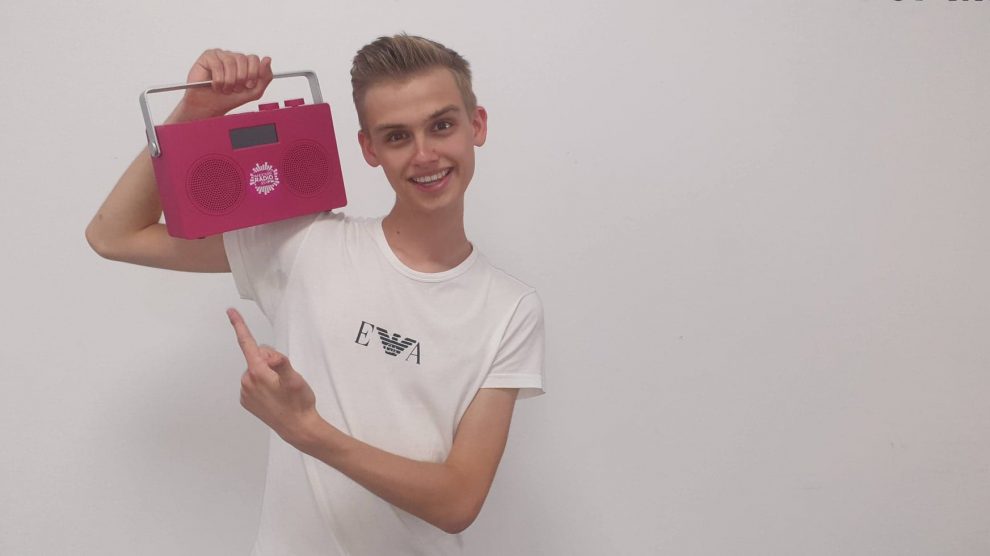 Andover’s local radio station has been recognised again in a national award ceremony.

The event, hosted by BBC Radio’s Sam Day who was last year’s Gold Award winner said, “[Luis] has a really nice quality to his voice, full of energy and enthusiasm.  He has a big career ahead of him.

“This was an excellent entry.”

The annual Community Radio Awards recognises the best of almost 300 radio stations across the UK. In 2019, local singer-songwriter and Andover Rdio host Alex Krupa won a Bronze Award for his country music programme at a lavish event in south Wales.

Luis says, “Community radio is the only medium that can truly connect with its audience because it understands its needs.  To be a part of keeping people company over this tough year has been a pleasure.

“Thank you to Andover Radio for giving me a platform to support the community”.

18-year old Luis is a student at the Global Radio Academy media school in London. Luis is known for hosting radio programmes and events like the 2019 Christmas Lights Switch-On in Andover as well as his frantic ‘Dancing in the Street’ videos (dressed as Superman) during the initial lockdown period.

Last year Luis hosted a special Christmas Day breakfast programme with local extreme adventurer Jordan Wylie, who is halfway through completing his world recording breaking attempt to ‘Stand Up Paddle Board’ around the British Isles.

The #LoveBus project was recognised for its ongoing support work around the Test Valley with a Bronze Award in Community Development Project of the Year.

Introducing the award presentation, Sam Day said, “This is about giving people a voice. It is so essential during this Covid-19 pandemic, people have really needed local radio – well done to everyone for keeping going in the face of adversity.”

The #LoveBus project is part-funded by the National Lottery and provides ‘detached youth work’, identifying people who fall outside a normal education and support system and it was also an essential part of the Love Andover Isolation Group at the start of the pandemic, assisting with the collection and delivery of prescriptions to the area’s vulnerable.

The #LoveBus continues to act as a central point of support and help with a variety of projects to engage with people who may, through no fault of their own, be isolated from society’s usual support structure.

Andover Radio founder David Harber said, “I am overwhelmed by the volume of great work that comes out of our offices every single day.

“To be recognised for our community work and quality of product for the second time in two months with now four national awards justifies my sense of pride in the team at Love Andover HQ”.

Andover Radio director Ben Tuffin added, “I am just pondering what I will write in my Grammy acceptance speech.

“Luis absolutely deserves his award.  I can’t wait to see him in stage hosting the national event next year.”

Awards chair Martin Steers told Andover Radio’s Roy Martin from RadioToday, “This year has not been what we expected, but community radio has really stepped up to the plate and served its communities more than ever.

“The work we’ve seen this year is phenomenal, and we’re delighted to be able to help recognise this. We’re already planning next year’s awards, and hope to gather again in person once more”.

The management team at Love Andover HQ wants to give its thanks to all staff, supporters and volunteers that make the organisation a multi-award-winning social enterprise.

Are they lonesome this Christmas?
Andover Town FC ‘proud’ of players and supporters