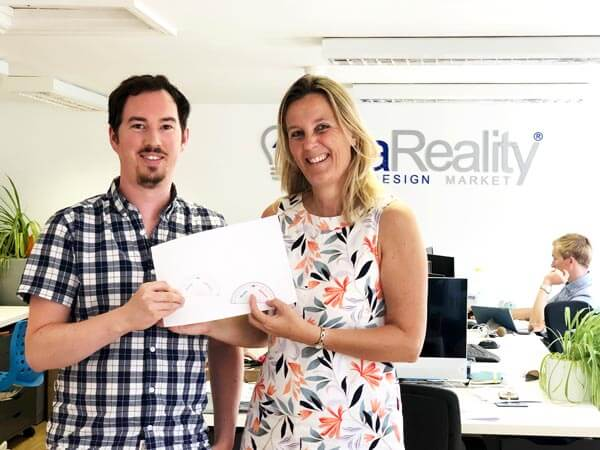 This long standing maths essential, which has not changed for 100 years, has been redesigned by the maths teacher, who teaches in Andover, to help reduce confusion and simplify its use in geometry lessons. Stationery giant Helix has partnered up with Mrs Frape and will be launching her new design for distribution throughout the UK and overseas from September onwards.

Explaining what led to the protractor overhaul she said: “Having taught secondary school maths for a number of years I could see within my own classrooms that the measurement markings on a traditional protractor were the cause of some confusion. My redesign has removed the anti-clockwise scale and placed the zero line at the very base of the protractor, which makes it easier for students to use while improving their understanding of acute and obtuse angles with the use of the two colours and inclusion of the words, acute and obtuse. These simple changes have made a big difference in the classroom so I’m hoping going forward it will make life easier for both students and maths teachers alike.”

To turn her idea into reality Mrs Frape worked with Andover-based invention design company Idea Reality who took her concept to create prototypes of the new style protractor for both primary and secondary school use. From there she approached and worked with a number of schools to research how her protractor redesign worked in reality.

Commenting on the research feedback she said: “I worked with both Sparsholt Primary School and St Swithun’s in Winchester who used the two new styles of protractor with their students. The feedback was very positive with both schools reporting back that their students found the redesigned version much easier to use, which helped reduce the number of unnecessary errors made by their students. Exam boards were then approached to see if it would be acceptable for use in their exams and they agreed that the non-worded version would be acceptable for use at Key Stage 2 and in an exam setting. Once I had the green light from the boards, we were good to go  and ready to see if I could get my new style protractor making a difference in classrooms.”

Armed with her prototypes, research findings, and the support of the PIXL’s Maths Lead, she approached the stationery giant, Helix, who were so impressed with her design and market research that they’ve agreed to manufacture her redesigned protractor available from September 2019 onwards.

Lianne Fletcher, Marketing Manager at Maped Helix, said: “Helix education products are specifically designed to aid students learning and we felt Shelley’s protractor met this requirement. We’re excited to be launching the new protractor and have already gained listings with major Education Suppliers. School can be a challenging time for some children and we aim to make the learning process as stress free as possible for them. We can’t wait to see the product in students’ hands and see the help it offers them whilst learning.”

Commenting on her successful mission to simplify life for students in geometry lessons she said: “The entire motivation to embark on this project was to make things easier for students using protractors as part of their maths lessons. I could see a way which would help reduce confusion and improve the outcomes for students struggling to get this aspect of maths right.”

One of Mrs Frape’s new style of protractor will be available to Hampshire schools via the Bar End, Winchester based County Supplies and to the public via Amazon.

Watch below as Shelley explains to Andover Radio’s Ben Tuffin: 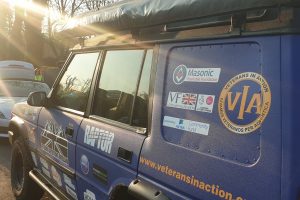 Bombay Sapphire step up to sanitise