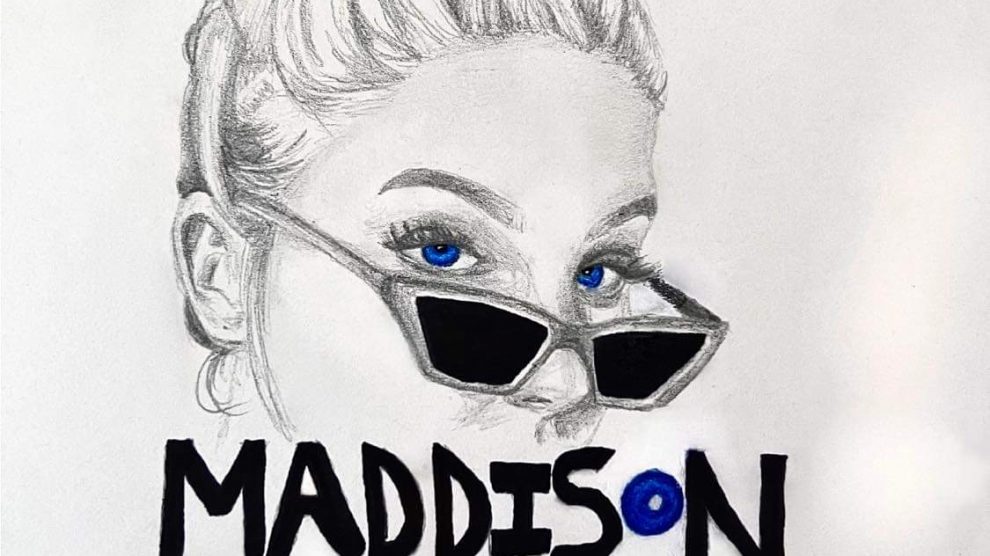 Maddison who is well known across the Andover music scene and regularly plays at events across the town. Maddison is passionate about music and has taught at local theatre schools such as Stagecoach and Long Overdue Theatre School. More recently Maddison has started a local choir, Mad Melodies every Tuesday at Penton village hall. Maddison now offers 1 to 1 singing tuition and with fellow musician Marc Burford, they have started a musical school for children which is located at Sunrise studios in Middle Wallop.

Maddison also co hosts a radio station with Marc Burford on Andover Radio, The new music show with Marc and Maddie in which they celebrate new and local music.

When being interviewed Maddison said. “The single has been received really well so far! With lovely comments from BBC Introducing. The story is about a friend that’s been stuck in the Friend zone and it’s all about him wanting to escape it”.

The single was played on BBC Radio Solent as part of “BBC Introducing” an initiative by the BBC to support upcoming musicians and songwriters.

Maddison has secured a number of main stage slots over the past few years, recently supporting Kaiser Chiefs, Sophie Ellis-Bextor, The Feeling, All Saints and Faithless. Her band is a collaboration of artistic musicians, who have added a disco rock vibe to her overall sound.

The only way is up for her and her band members and their dreams, aspirations and hard work is obviously paying off and Maddison said “I would really love it to be played on Radio 1! But I’m not sure that will happen”.

So people of Andover let’s support Maddison by buying and streaming her single on all streaming platforms such as Spotify and iTunes.

Andover security company in action at leading industry awards
Soapbox derby success raises £8,500 for Andover Mind with 2023 date set for next May