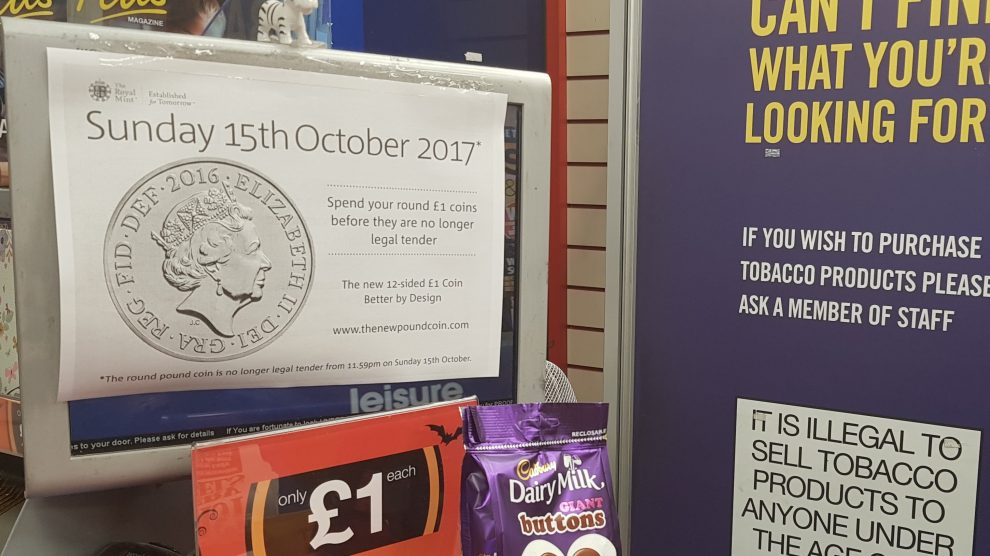 Andoverians are being urged to check down the back of their sofa to find old £1 coins, as there’s just one week left to spend them.

Andover money expert Adam Phillips ‘The Money Guy’ says, “Shops are no longer obliged to accept the old coin from Sunday October 15th 2017 when it ceases to be legal tender and the Royal Mint says there are £400m worth of the coins still in circulation.”

Mr Phillips, whose objective is to help Andover people and businesses make the right financial decisions adds, “Some shops like Martins in the Chantry Centre have put signs on their tills to remind people of the deadline, but there could be up to £300,000 of old £1 coins still lurking around Andover.

“Check piggy banks, pockets and down the back of the sofa”.  Mr Phillips also strongly advises charities to check and collect their charity boxes.”

Tina Brown from Martins newsagents in the Chantry Centre says, “We still get a few of the old coins, it’s mostly the older generation who still give us old pound coins. They might have many stored around in pots and drawers in the home.”

After October 15, if you have any old round coins you will have to head to the bank, building society or Post Office branch to have them traded.  Most will also only agree to do so if you’re an account holder. And this is only a temporary measure.

The Money Guy adds, “If you’re still being given old £1 coins in local shops and supermarkets, you have the right to ask the cashier to give you a new £1 coin instead. But businesses don’t have to comply.”

The shape of the new 12-sided pound coin resembles the old thruppenny bit came into circulation in March and there were more in circulation than the old coin within four months.

Inflation means that the value of the £1 coin when first minted in 1983 is worth a little over £3 today. 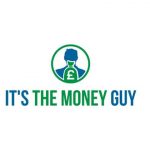 he Money Guy fully launches in December and is a local enterprise designed to assist people and businesses in Andover make sound financial decisions.

Dog Missing After Suspicious Incident In Hurstbourne Tarrant
Dive into the challenge of a lifetime for Enham Trust!