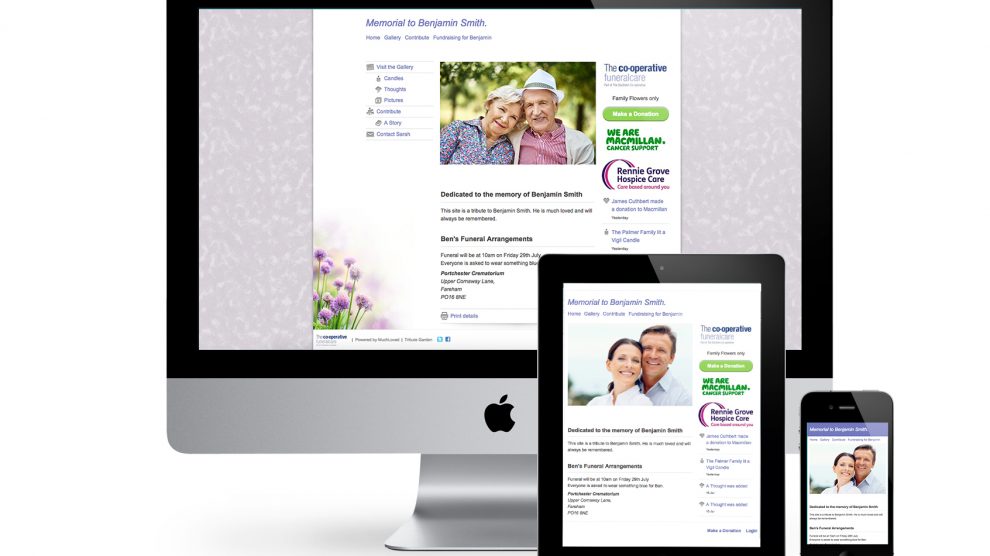 With less people able to attend funerals in person in 2020, more donations than ever were made online in memory of loved ones in Hampshire, according to figures from a regional co-operative.

A total of £298,960 was gifted from 7,310 donations via a free online memorials feature offered by The Co-operative Funeralcare branches in Hampshire – part of Southern Co-op.

The independent, regional co-operative believes the increase in donations is due to less people being able to attend funerals in person as well as more awareness of charities needing extra support.

Steve Pearce, Chief Operating Officer for funeral services at Southern Co-op, said: “Just under 300 charities received donations through our online memorial tributes. The majority of these will have been hit hard by the pandemic so the support is likely to be invaluable.

“Sadly, a lot of the families we supported last year were also affected by the pandemic. It‘s difficult to describe the affect it has had on so many but our funeral co-ordinators have done everything they can to lighten people’s burdens and our bereavement care colleagues have been on hand to offer free counselling which has be vital.

“The fact that people are continuing to think of others, despite their own grief, is remarkable and shows the strength we have as communities working together in times of need.”

In Hampshire, people gave an average of £41 per donation via the online memorial feature which also allows friends and family to set up a personal tribute page, to light virtual candles, share memories, stories, photos and videos of loved ones.

Jonathan Davies, Chief Executive of MuchLoved, the bereavement charity that provides the online tribute platform, said: “2020 was an incredibly difficult year for everyone, not least those bereaved and the funeral industry working tirelessly to care for them.

“We are delighted that Southern Co-op branches were able to use the MuchLoved platform to help those families, and that so much has been raised for such worthy causes.

“Since the start of our partnership together, over £1 million has been raised for charitable causes, which is an incredible milestone to have achieved. We look forward to working together to continue this success in the future.

“Our charity was founded to support bereaved people and help them cope with their grief, and working with Southern Co-op means we can offer this support and care to more people at the most difficult of times.”

A total of £450,766 was donated by families across the south of England in 2020 via the free online service offered by Southern Co-op.