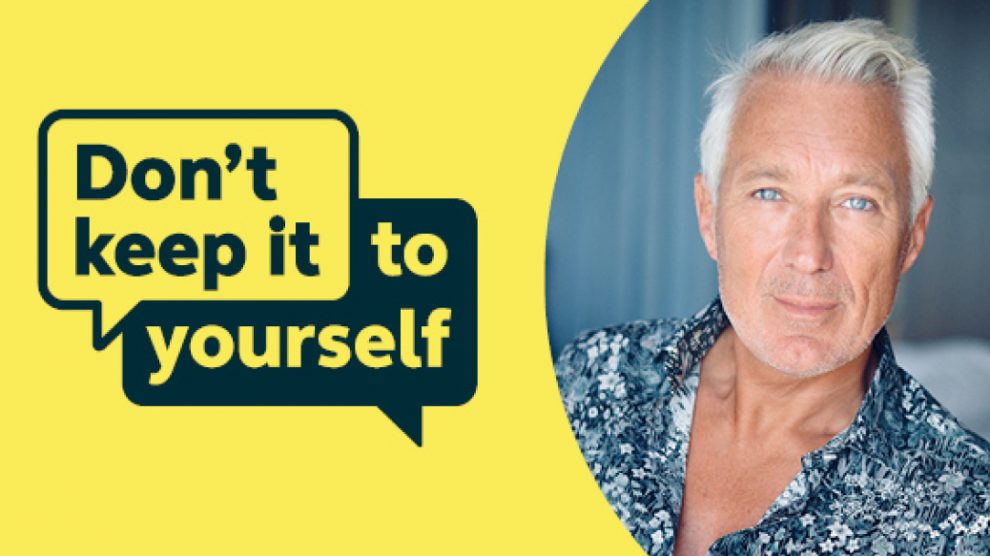 Results also revealed that only 7% of men prioritise their mental health over their physical health and that over 15% of men don’t feel comfortable speaking with anyone about their health – even their family or friends.

This online survey was the starting point for Simplyhealth’s new campaign, ‘Everyman’s Health Matters’, which focuses on improving men’s mental health and fostering open, honest conversations. More than 850 men aged 18+ responded to the questions, sharing views about their health and wellbeing and the perceived reluctance when it comes to talking about, and dealing with, the tough issues they face.

To delve deeper, insights from the survey were the basis of a high-profile webinar, hosted by Simplyhealth’s Clinical Director, Catherine Rutland. On the panel were medical experts including GP and cosmetic doctor Manav Bawa, dentist Ritesh (Ricky) Aggarwal, and performance psychologist Charlie Unwin, as well as celebrity and entertainer Martin Kemp (Spandau Ballet and EastEnders).

Speaking about his own experience of being diagnosed with two brain tumours in 1995, Martin Kemp said: “The reason I’ve not wanted to talk about my health, pretty much all the way through that brain tumour period of my life, was because I didn’t want it to affect my family as well as myself.

From the survey, it appears that male stereotypes play a crucial role in preventing men talking about their mental wellness, with almost 60% of respondents thinking that gender expectations stop men from seeking support. 63% of men said they had never sought professional help for their mental health, with 17% saying that they didn’t want to be a burden on the NHS and many feeling their issues ‘weren’t serious enough’. This is particularly important to note given the impact of late diagnosis. In fact, a quarter of the men last saw a healthcare professional between one and five years ago – although more positively, 14% have been seen within the last year.

However, Martin Kemp is hopeful that the situation is shifting: “I like to think we’re at a breaking point where everything’s changing. I think the whole pandemic is going to change things for the better. We are all sitting here today, and we are all talking about mental health. This wouldn’t have happened before.”

It’s a sentiment that is echoed by Catherine Rutland when discussing the reasons behind Simplyhealth’s ‘Everyman’s Health Matters’ campaign: “Taking small steps can make a big difference to improving health and wellbeing. But even baby steps can be tough when generations of gender expectations block the way. It’s time to tackle tradition and empower men to talk – and make the right choices – so they can lead physically and mentally healthier lives.”

Mental wellbeing is a huge part of Simplyhealth’s ethos. Earlier this year, the leading health solutions company launched its ‘Take A Breath’ campaign, which raised over £100,000 for the Mental Health Foundation during Mental Health Awareness Week.

‘Everyman’s Health Matters’ will continue to run throughout the summer. For more information, including the full webinar, survey results and useful tips on looking after men’s health and wellbeing, visit: https://www.simplyhealth.co.uk/our-partners/mental-health-foundation/take-a-breath