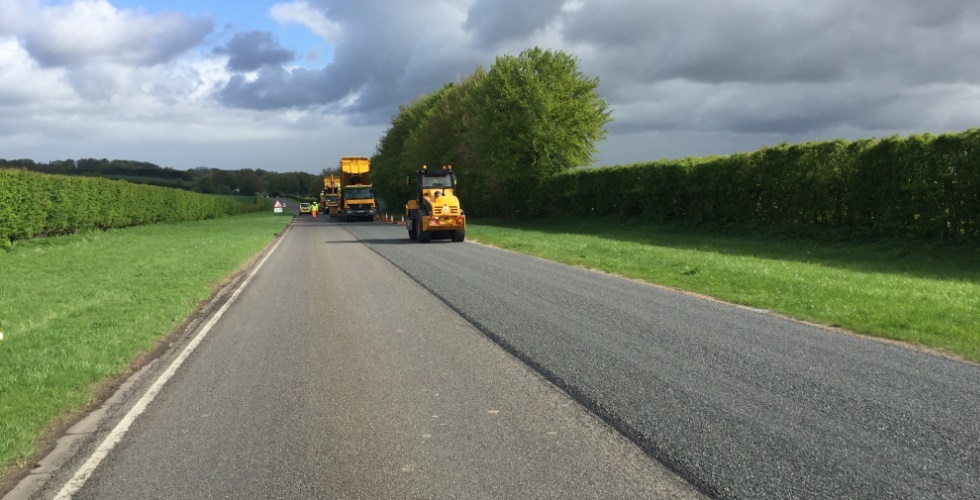 Hampshire Highways teams have made the most of the summer weather and renewed hundreds of miles of some of the county’s busiest roads to reduce potholes forming in winter.

Councillor Rob Humby, Executive Member for Environment and Transport at Hampshire County Council, said “Hampshire Highways teams have made the most of the hot, dry summer to complete over 300 surface dressing schemes.  We use the latest range of road treatment techniques, including surface dressing and micro asphalts which represent excellent value for money by keeping our roads in good condition and preventing potholes.

“The large number of completed schemes represents over one million square metres of maintenance – that’s the equivalent size of 142 football pitches! Surface dressing is a preventative measure – it successfully extends the life of the roads, allowing us to make the most of our resources and keep all those who live and work here moving on Hampshire’s road network.”

These treatments are widely used and recognised as the most cost effective method of keeping the roads in the best possible condition for as long as possible by slowing the formation of potholes and other defects, such as cracks.

Potholes in roads are formed by water seeping into the road surface, freezing and expanding. Surface dressing is the technique used most, because of the speed of installation and the process involves the existing road surface being sprayed with bitumen followed by the application of a thin layer of stone chippings.

The chippings subsequently stick to the bitumen ensuring a waterproof seal and restoring skid resistance. Dressings have to be applied to a dry surface, so the programme normally gets underway in earnest during the spring and continues to the end of the summer.