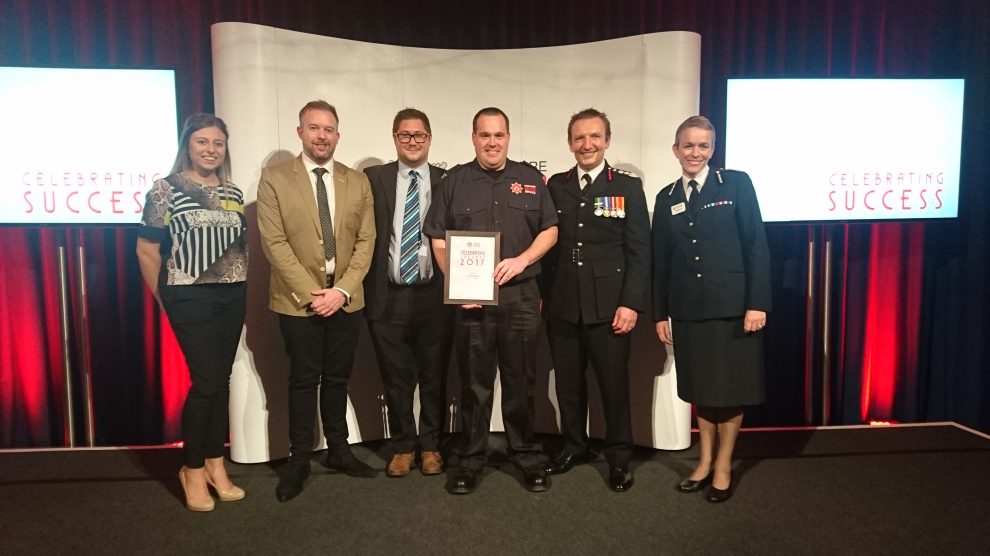 A safer communities group from Andover is celebrating a second consecutive award-winning year after its ‘ICE project’ received a runners’ up accolade in Hampshire Fire and Rescue Service’s Celebrating Success awards.

The Test Valley Partnership was recognised in the ‘Innovation’ category, for projects which have made significant contributions towards making communities safer.

ICE is an early-intervention partnership project aimed at young people who may be at a difficult period of their life and at risk of making choices which could negatively impact on their futures.

Dave Turner from Hampshire Fire and Rescue Service, said: “To receive such recognition is a compliment to all the hard work that has gone into the project.

“We are looking forward to delivering the programme to even more young people in the future.”

Chief Inspector Kory Thorne from Hampshire Constabulary, added: “ICE is a fantastic project that has benefited a large number of young people in the borough. I’m really pleased that the project has received further recognition for its positive work in helping young people in the district.”

In 2016, ICE received national recognition after being awarded second place in the Resolve National ASB awards ‘Best Project Award 2016’ category. The project is funded by the Police and Crime Commissioner for Hampshire.