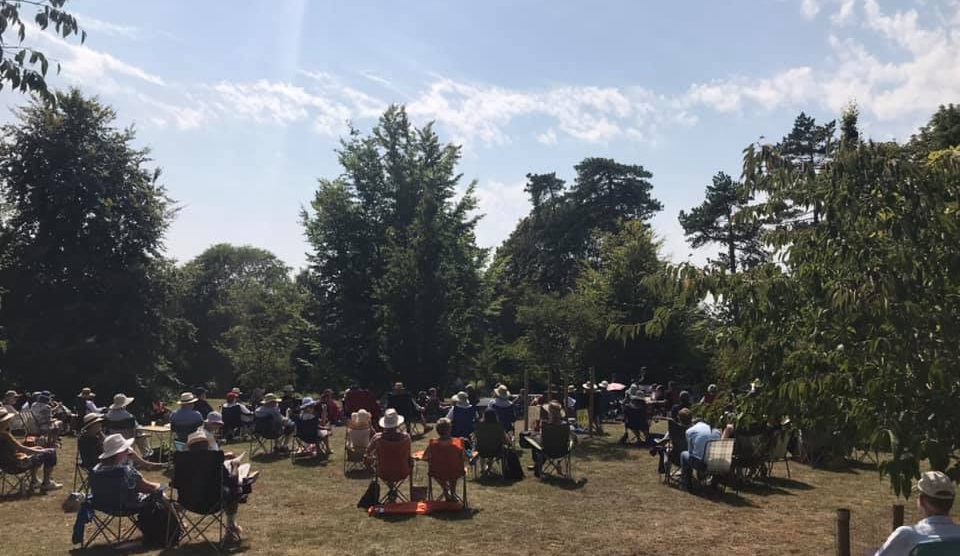 Theatre was back in Andover at the weekend, albeit outdoor rather than indoor, with The Pantaloons and Twelfth Night

The Lights theatre may be dark at the moment, but the desire to bring theatre to residents in Test Valley is strong, and so the venue was delighted to offer ‘showcially distanced’ outdoor theatre with two performances of Twelfth Night in Beech Hurst Park, Andover on Sunday, 9 August.

The setting was green and leafy, The Pantaloons were magnificent, and the sun shone brightly – what more could an audience ask for!

Audience comments included, “what a great afternoon, fantastic show!  So admired them for the constant costume changes in this heat!  Didn’t know what to expect, but so funny,” and, “what a fab afternoon…great laughs.  The amazing Pantaloons put on such a brilliant show.”

There will be a second chance to enjoy open air theatre with The Pantaloons later this month, when they return to Beech Hurst Park with Sherlock Holmes on 29 August.

The evening performance has already sold out, and the matinee is very limited, so customers are encouraged to book quickly to avoid disappointment.

Be Seen, Be Central and boost business
Artisan Market returns to Andover