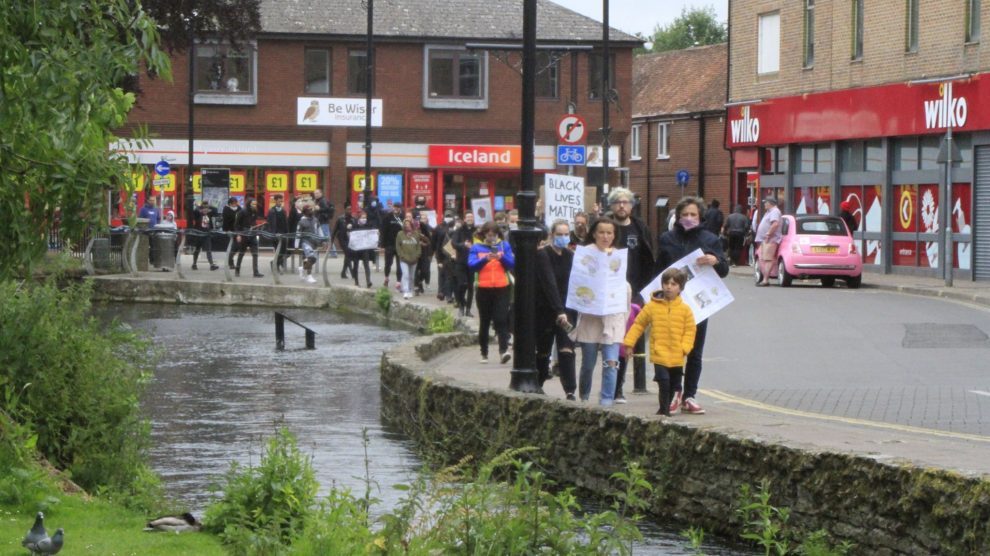 Around 100 people took part in a silent march through the town today as a way to ‘stand in solidarity with the rest of the world’ after the death of George Floyd.

The death of Mr Floyd in Minnesota has been worldwide news after a white police officer knelt on his neck for nearly nine minutes.

Protesters met at Andover College just before midday. Those taking part in the march seemed to adhere to social distancing rules as they walked down the Upper high street, through the town and down West Street back toward the College.

Leader of Test Valley Borough Council Phil North said earlier, “I am pleased the organisers of the silent walk have instructed everyone who is attending that they must obey strict social distancing rules”.

A post on Facebook said the march was “To stand in solidarity with the rest of the world grieving the mindless killings of innocent black men, women and children. To make a promise that we will educate ourselves, and make a better future for our communities in the fight against racism.”

The Pride of Thruxton
Andover Radio says Thank you #Volunteersweek2020