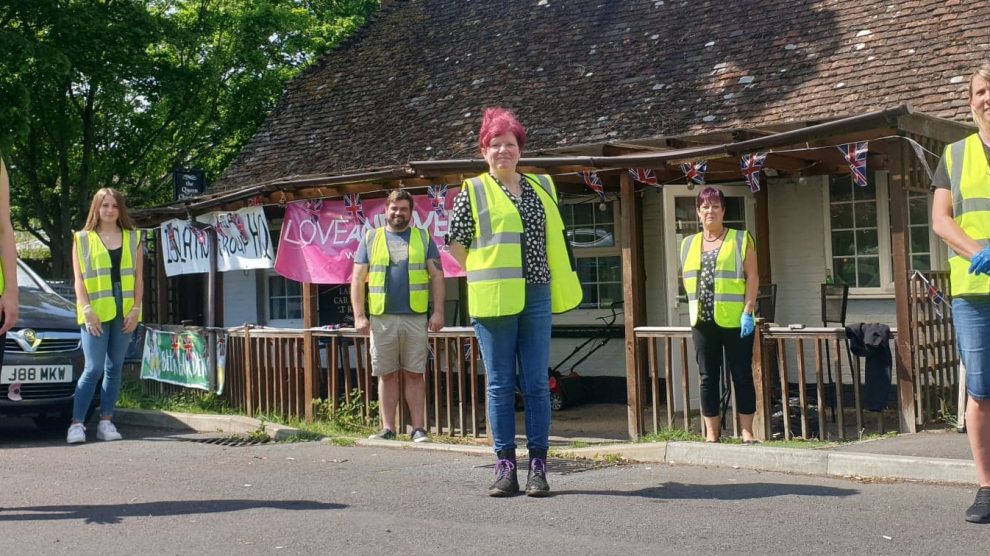 Set up in mid-March, the group which is based at the Queen Charlotte Inn on London Road, has delivered several thousand food and prescription parcels to those who are self-isolating or shielding as their are at a high risk of infection.

The volunteer group of almost 140 people have been collecting and delivering essential food items to those who are isolating with no other form of support such as family and friends. Their work has been supported by military veterans who are part of the impressive Veterans in Action charity based at Redenham Park.

However, recently it has become apparent that some people are simply using the service as a free way to get food and essential home items delivered.

In several cases recently the group has arrived to deliver packages only to discover that the recipient has gone out. Accepting that daily exercise is permitted, even after re-delivery attempts later in the day, users continue to be away from their properties.

Group co-orinator Victoria Harber says, “I am saddened to find that we’re now experiencing many people who claim to be isolating are simply not home when we come to deliver their packages.

“Last week we reacted really quickly with an urgent prescription request from Superdrug. When we went to deliver the urgent medication we discovered that the property owner had gone out.”

“This means our volunteers are wasting their time and could mean that users with genuine needs are not getting their requests in a timely manner.”

Volunteers like ‘Lockdown Legends’ councillor David Coole, local estate agent Lily Ward and charity worker John Watson have been volunteering at the group which have been managing up to 100 prescription deliveries a day for people over the age of 65.

In April the Group began collecting prescriptions for all over-65s from Shepherds Spring Medical Centre to help alleviate the pressure on the busy pharmacy and prevent customers from waiting in queues for up to three hours.

The Group’s prescription ‘Control Centre’, manned by volunteers like Melissa Phillips and Keith Skitt, is based at Andover Radio’s Love Bus.

Group co-founder Tori Rist added, “It is disappointing, given the hard work that volunteers are carrying out, that a minority are abusing the service. Sadly, this could lead to someone, who genuinely needs help, not receiving it.

The group have been collating a list of those who are persistently away from their property or clearly have other forms of support.

Last week volunteer John Watson spent almost two hours on a prescription collection and delivery request from Tesco only to arrive at the user’s home to discover she had someone with her who was wearing a Tesco uniform. “That’s absolutely taking the mick”, says 31-year old John. “Not only did she obviously have someone who could help, but she works in the very building I just came from”.

On another occasion it was uncovered that a younger user who claimed to be self-isolating was just returning home from a nearby shop.

Although ‘lockdown’ may be easing many over-70s are still required to self-isolate and many with underlying health conditions must continue to ‘shield’.