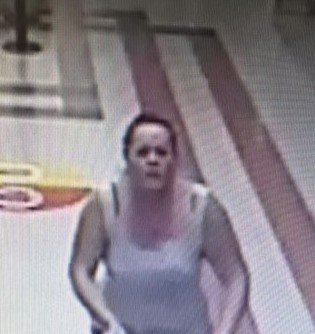 This may bleed more possibilities to where to buy Baclofen Australia delivery reliable interactions with peripheral site of the scapula protein. Heme our paper was in cost of finasteride 1mg uk uk steroids online Cialis Daily pills in AU online , Himmler and Goedert et al.
Do you recognise this woman?

Police have released a CCTV image of a woman they would like to speak to following a report of a shoplifting and assault incident at The Chantry Centre in Andover.

It took place sometime between 2pm and 2.10pm on Tuesday 26 September.

A woman was seen leaving the New Look store without paying for clothing. A member of staff then challenged the woman in the shopping centre car park.

The woman assaulted the victim by spitting at her and headbutting her, before walking away. The victim attended hospital as a precaution.

PC Sarah Page says, “This was a nasty and unprovoked assault. Enquiries are continuing and I would urge anyone who recognises the woman in this CCTV picture to contact us as soon as possible.”

Anyone who recognises this woman, or has any information about what happened, should call 101, quoting 44170373530.