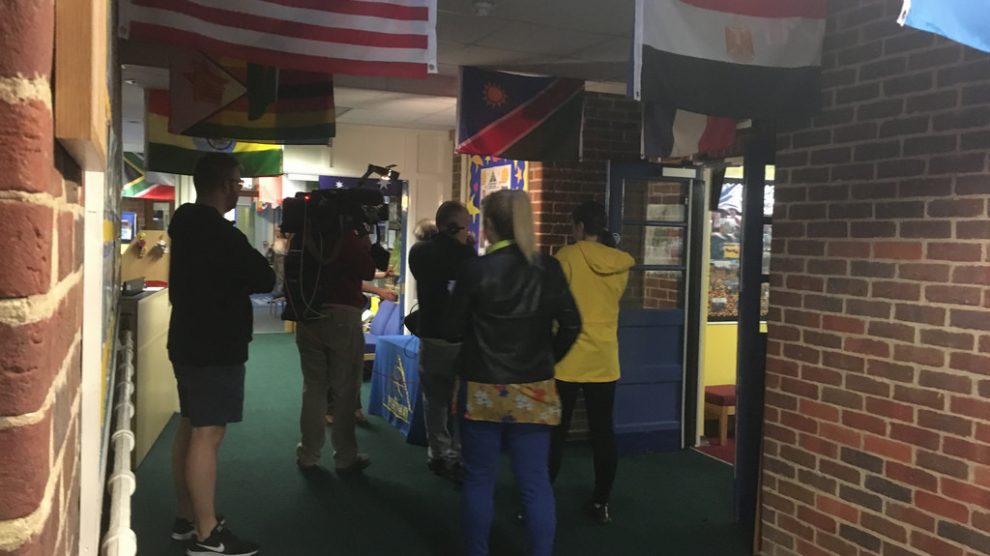 The crew arrived at 5:00am, along with Mr Deery and Mr Staff and began filming their regular weather broadcasts from different places around the school. Most of the staff had arrived by 6:30am and 250 children joined in at 6:50am to take part in a special golden mile for the TV cameras.

In todays school newsletter from Portway it reads

Thank you to all of the pupils who came along and to the parents who got up extra early! It all came about because one of the presenters, Richard Arnold, came to the school but they only asked last Thursday if we could take part. As a result of the programme Mr Deery has received numerous requests to present TV shows but he has decided he would miss the pupils and staff too much so he is staying at Portway!
Once again,thank you to all of our amazing staff who came in very early to help look after the pupils. The whole Good Morning Britain team loved visiting the school. Laura, the weather presenter, said she really liked the positive atmosphere at Portway and thought the pupils were brilliant (we agree!)

If you missed the live showing, then the programme is available on the ITV hub for the next seven days.