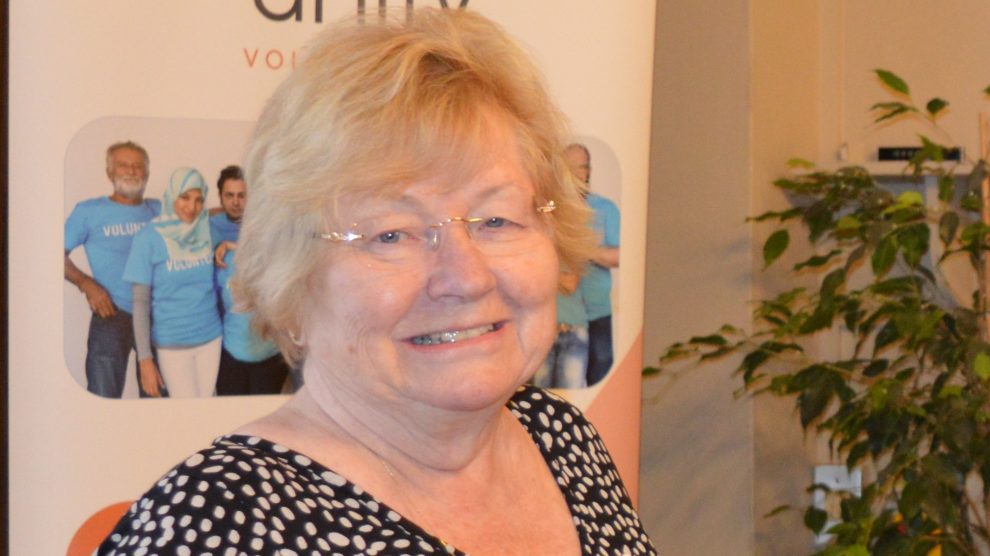 For her years of dedicated service to the communities across the Test Valley, borough councillor Dorothy Baverstock has been granted a British Empire Medal (BEM) for ‘meritorious civil service worthy of recognition by the Crown’.

Dorothy has been a community activist for many years and has been instrumental in helping to set up a number of the groups that are still thriving today including Age Concern, Romsey U3A and Unity (previously known as Test Valley Community Services).

Billy McLeod from VIA (Veterans in Action) and Paul Barry-Walsh from Derry Down Farm also receive awards.

A spokesperson for Unity, the originators of the Test Valley Coronavirus Helpline says, “Dorothy is passionate about the helping people and has been involved directly in a number of charities including Citizens Advice.

“She is also well known as a Test Valley Councillor and takes pride in those roles too and has held the distinguished position of Mayor in both Romsey Town and Test Valley Authorities over recent years.

Terry Bishop, Unity Chief Executive added with pride, “The staff and volunteers are absolutely thrilled Dorothy Baverstock has received this very special honour.  She is a powerhouse of energy and enthusiasm and without her, Unity would not be the charity it is today.”

Love Andover founder David Harber who is a trustee of Unity adds, “From the moment she wakes up, I don’t think there is a single part of Dorothy’s body that doesn’t operate without it being for the benefit of our community.

“As a town, we should be proud of those people like Dorothy, Billy and Paul who are continually doing great things”.

Making Waves: Local radio tracks down its biggest fan
Diggers at the ready as Town Mills set to be totally transformed