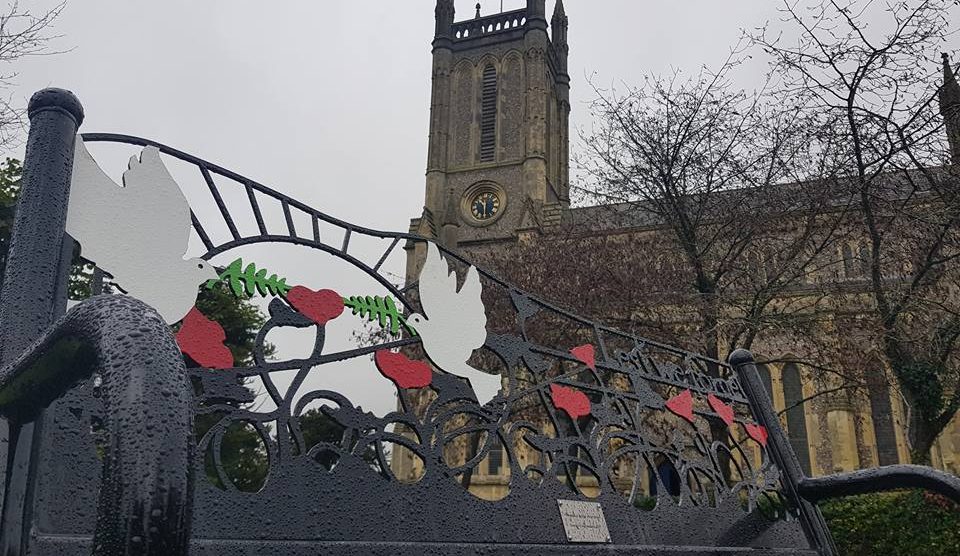 Here are details of how we can remember in Andover this year.

Last year Cllr Anderson and Cllr Nick Matthews organised a remembrance display in the chantry centre, to make up for inability of the public to gather for normal remembrance parade. The “garden” was well received, and as such they have decided to make it even better this year. This is now available to view in the Chantry Centre. They are decorating the chantry centre display with a cascade of Poppy’s, military poetry corner, tommy statues, flags and some old war memorabilia.

On the 11th November , there will be a a small wreath laying ceremony with the mayor, at the cenotaph. The ceremony will begin at 10.50.

However, this year’s remembrance plans include further events to mark the sacrifice made by those who have fought for our freedoms. A 10am service inside St Mary’s Church will take place, with those including the mayor of Test Valley, councillor Mark Cooper, Deputy-Lieutenant, Professor Khalid Aziz and leader of the borough council, councillor Phil North, attending.

Troops from 22 Engineer Regiment and Army Air Corp, along with veterans and youth groups will parade to the garden of remembrance from Bridge Street to St Mary’s Church via Eastern Avenue, before an outdoor service and the Act of Remembrance takes place in the garden at 10.45am.

The main remembrance parade is on Sunday 14th, and will be returning to similar parades, pre Covid.

TVBC armed forces champion, Cllr Nick Matthews told Andover Radio, “This time of year is a particularly important part of our calendar. I myself have lost friends and people I served with and this is an opportunity for us all to remember those sacrifices. I am fully aware that we have all for a great number of years had our remembrance days symbolising those who gave their lives in service of our great Country, during the great wars of WW1 and WW2.

“Furthermore, as the RBL centenary reminds us of the support and recognition, with the symbol of the poppy. I am extremely mindful, and indeed wish to remind people that we have lost fellow members of our armed forces in conflicts since those great wars. No life lost is any more or less significant than another. With campaigns stretching over 70 years, and more recently such as the Falklands, Malaya, Iraq, Afghanistan, Northern Ireland, Bosnia, Kosovo, to name but a few. “

“I wish to extend my immense gratitude to the RBL, in this important anniversary and indeed all the military charities and support networks who work tirelessly all year round to assist our veterans. But nothing can replace those memories of all our lost service personnel, who paid the ultimate sacrifice in the security of our nation. Remembrance Day is a time for everyone to respect them and never forget them.“

The TVBC mayor, councillor Cooper, said, “I am pleased to confirm that we are to return to the pre-Covid arrangements with the Remembrance Service in St Mary’s followed by the Parade in the Garden of Remembrance in honour of all those, past and present, who put their lives on the line to fight for our freedoms.”

Leader of the council, Phil North, added: “Last year was incredibly difficult for many reasons, and once again I want to thank our community members for listening to the advice and paying their respects from the safety of their own home, last remembrance Sunday.

“Thankfully, this year will look a bit more like normal, meaning residents can come out and attend ceremonies taking place up and down the borough.”