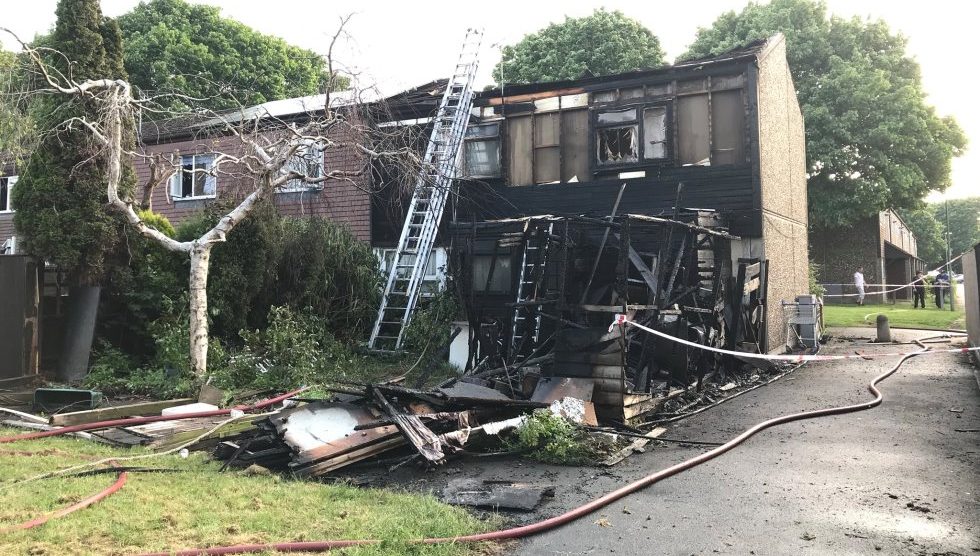 A number of residents have been rehoused following a property fire in Pilgrims Way, Andover on Saturday afternoon (26th May).

Firefighters were called at 4:42pm to a blaze initially affecting the garden of one of the properties which had quickly spread to an end-of-terrace house.

Eight sets of breathing apparatus, two jets, two hose reels and tactical ventilation for smoke clearance were all used to stop the fire which had caused 100% damage to one property and 30% damage to the roof of the neighbouring house, which also suffered water damage.

The stop message came in at 19:23 with Andover crews returning to the scene later in the evening to reinspect for any further hotspots.

Ten residents and a dog are being assisted by Test Valley Borough Council in being rehoused.