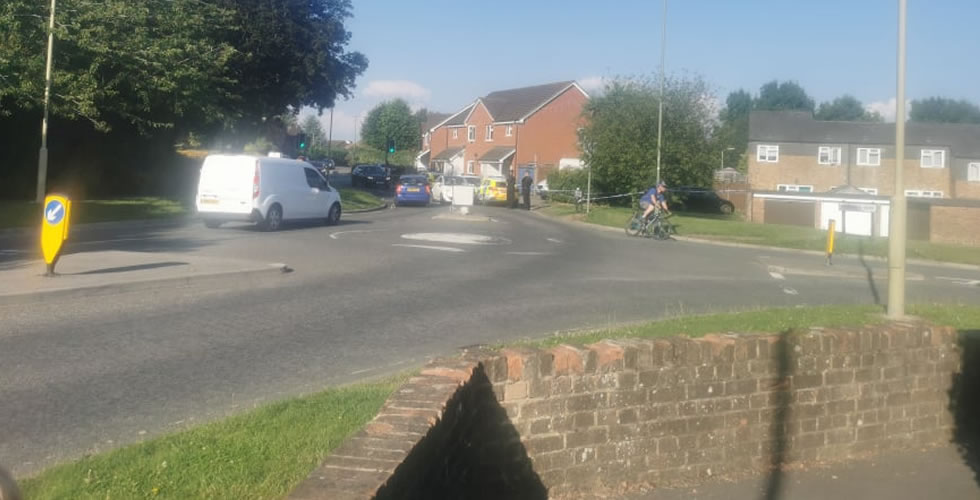 Headteacher Sarah Jones was quick to contact parents about the ‘nasty incident’. She said, “Some children couldn’t help but witness all the drama as they were on their way home.”

The incident involved a teenager who was ‘seriously assaulted’ with a knife and suffered – as we are told – cuts to his face and neck.

Police have confirmed that the 14-year old’s injuries are not life-threatening.

However, many children witnessed the incident which happened just after 3:00pm today (20th July 2021). The primary school head was also quick to share her concern that young peoples’ access to social media platforms might cause distress.

Ms Jones shared, “Often children cannot process what they have see/hear on the news/social media until later.”

She offered the school’s support to parents saying, “Just to let you know we are ready for any trauma/worries/anxieties tomorrow.“

Police confirmed, a 40-year-old man from Andover was arrested on suspicion of ‘wounding with intent’.

He is currently in police custody.

Hampshire Police and South Central Ambulance Service were thankfully very fast to react to the emerging situation, with several police cars and ambulances arriving quickly in the Roman Way area.

Police Officers are still at the scene as they conduct enquiries. If you saw anything that may assist their investigation, please call Police on 101.

At Love Andover we are horrified to report this story, and our thoughts remain with the victim and the families and friends of all concerned.

ROMAN WAY: Second arrest
‘Love is nothing in Tennis, but in life it is everything’ – Andover Tennis coach Bash Kara honoured with lifetime achievement award