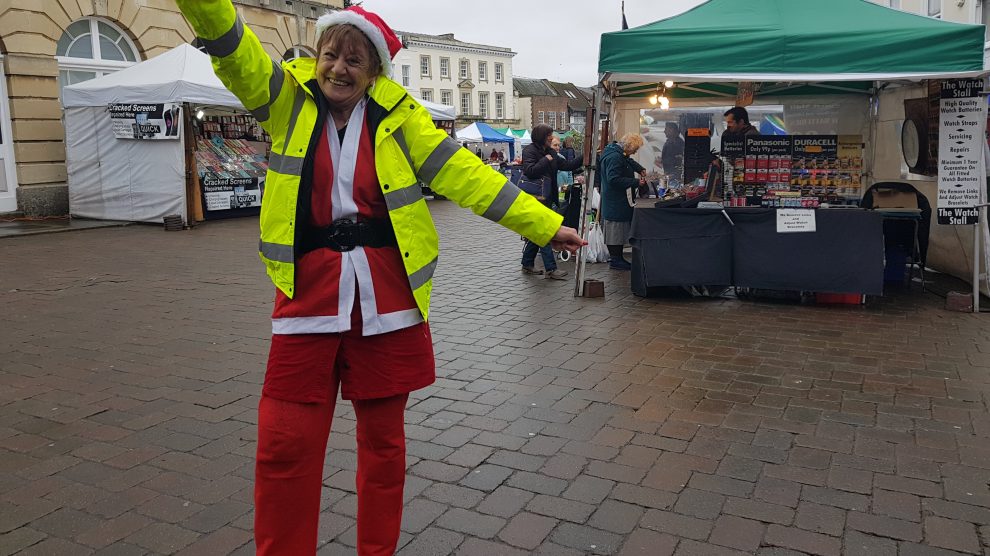 In the early hours of this morning, a regular feature of Andover was cutting a festive look in the dark.

For almost 10 years, local community champion Manuela Wahnon has freely given up her time to help clear Andover’s streets of litter. At the crack of dawn on the Winter Solstice she was spotted, dressed as Santa, going about her usual duties of collecting litter from Andover’s streets with a smile on her face.

At 72-years old, come rain or shine, her boundless energy and persistence in spotting and removing discarded rubbish from our streets is admirable.

“I started caring about how we deal with waste when in 2008 I spoke to a homeless person in Andover called Max“, says Manuela. “He told me when the streets are your home, you keep it tidy. In an educated voice he added, ‘Why would I want to litter where I live? It’s people with roofs over their heads that cause the littering problems’.”

Her encounter changed her life. Max taught Manuela not to judge a book by its cover and respect each person, each day and your environment.

She says, “Each day I wake up and it is one day less for me on this Earth, so I do my bit to make sure that each day is not wasted. I do this by trying to be of help to others. In days gone by it used to be called ‘Doing a Good Turn a Day’.”

With homeless man Max having influenced her life, she is also concerned with the general appearance of the town centre, in particular the seemingly constant installation of Andover’s two supposedly ‘homeless’ people – both of whom have residential addresses in the town. “People make an assumption that they are homeless, give them aid and this only perpetuates the problem.”

Wanting Andover to be a better place to live, Manuela’s work is not confined to litter picking, in recent years she has raised almost £4,000 for local charities and has given talks at 20 local schools. She says, “The young people of today are not the problem.

“Youngsters understand the effect of the waste cycle. Discarded litter goes into drains, washes through our rivers and countryside and out to our seas.”

A Pride of Andover award winner in 2008 for her often 7 hours-a-day efforts, she is also keen to point out that she’s not doing the work of the borough council, “Today, we live in a 24/7 society. A huge amount of litter is dropped in the evenings. The council really do the best they can, but I think we can all help.”

“It’s affluent people that cause the most discarded waste“, she adds.

“Also, it would help our town so much more if people would use their energy to pick up any litter they spotted, rather than posting about it on Spotted.”

Today as she finalises her sprightly litter picking work around the town centre and East Street, we are sure she’d appreciate a little festive thanks for her efforts.

Manuela has a frequently updated blog on her website which provides information and thanks to well-meaning people and companies in Andover. 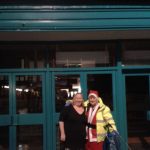 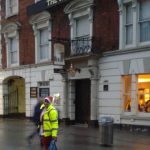 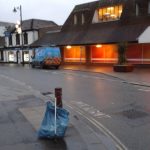 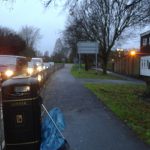 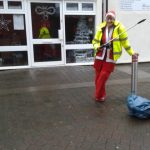 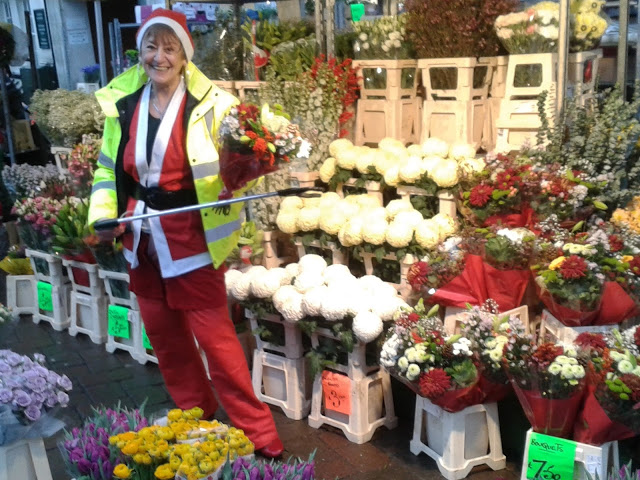