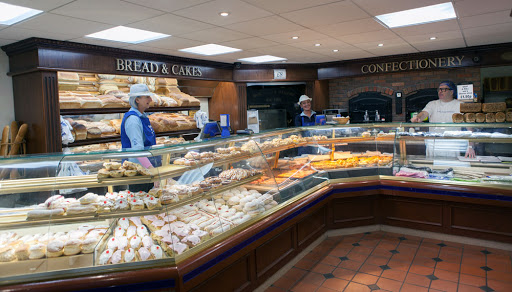 The words shop local are more than important in these testing times for local businesses. With the CONVID-19 lock down extended for another 3 weeks, many businesses who have not shut are having to adapt how they operate in the conditions that they are all abiding by.

Andover has a brilliant array of local businesses, and many have adapted to continue operating to provide their products and services to customers.

Here at Andover Radio and Love Andover we are passionate about our town and the many businesses, which is why on April 1st we showed our support to these businesses and announced that we would not be billing our current clients and offering FREE (Not discounted or special price) advertising on Andover Radio with online advertising too.

Every day we will highlight one business a day as part of our free advertising campaign in support for our local business community.

Today we focus on Burbidges Bakery:

Burbidges Bakery having been baking and serving the community since 1901.

It was in 1901 that, having served his apprenticeship, Harry Bernard Burbidge left the employment of Mr Sturgess’s Blisworth bakery in Northampton, to start his own venture. In the following years he had business pursuits at New Milton in Hampshire, Borough Green in Kent, and in 1926 he managed a baker’s shop and cafe on the pier at Paignton in Devon. By this time, his son Charles Fletcher Burbidge was helping in the business, having married Muriel Taylor, a Welsh girl whose family had moved to Paignton.

They then moved to Regent’s Street, Weston super Mare, to run a new bakery business but moved to Andover due to the unsteady seasonal trade. In Andover the family rented a bakery from Mr Bowden of Shipton Bellinger, and having made a success of the business, were able to purchase the bakery and adjoining plot in 1937.

Harry Bernard Burbidge retired in 1956, handing the bakery over to Charles and Muriel who continued building on Harry’s fine tradition. Charles duly handed the bakery down to his son, John Burbidge in 1963, and in 1967 the bakery expanded with the new supermarket trend, becoming the first self-service shop in Andover.

For the next 30 years, the shop continued in this form, being one of the largest, independent, family run foodstores in the south of England. On John’s retirement in 1997, the business now managed by John’s son Steven Burbidge, returned to its roots, with the building of a new bakery shop, specialising in traditionally baked bread and morning goods, as would have been sold in Harry’s day back in 1901.

During these times. Steve and his dedicated team continue to bake all your tasty treats. They are open everyday 6:30am – 2pm abiding by government guidelines and have painted 2 metre spaces for the queue outside the bakery.

Burbidges Bakery have always been big supporters of the community and have raised money for charities.